Starting Desmond Ridder Is The Right Move For The Falcons 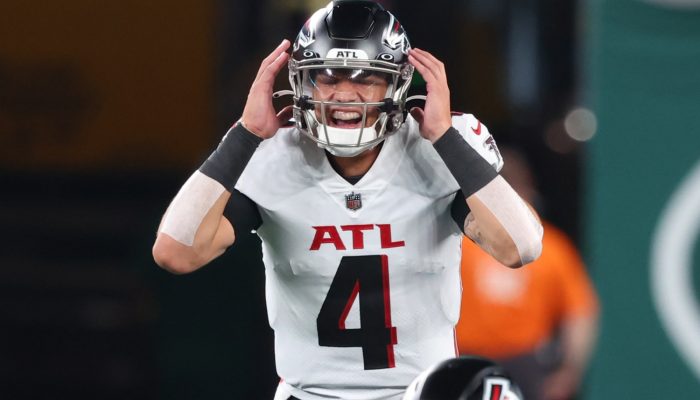 Although the Atlanta Falcons are one of six teams who just had a bye week, they have made some headlines by making the decision to start rookie third-round quarterback Desmond Ridder out of Cincinnati. No matter how you look at this move, it is the best move for the future of the Atlanta Falcons.

Ridder showed some promise in college and in the preseason, although my main concerns with him coming out were from an accuracy standpoint. Some of his misses were just mindboggling, but his athleticism was off the charts, which can be put into perspective with a RAS score of 9.54/10.

Apparently, Marcus Mariota is having knee surgery and will be placed on injured reserve, according to NFL Network’s Ian Rapoport.

An interesting thing to note here is that Arthur Smith does not seem too impressed with this whole situation, and stands by that the quarterback switch is based on performance as he says, “I’m not a medical expert, I’m just telling you it had nothing to do with the decision.”

This is not the first time Mariota has been benched by a team employing Arthur Smith, another situation like this happened in Tennessee when Mariota lost his job to Ryan Tannehill and Arthur Smith was the offensive coordinator under head coach Mike Vrabel. Since then Mariota signed a good backup deal with the Raiders serving as the team’s second quarterback behind Derek Carr. In Mariota’s limited appearances he played well, but he has now proven that the ship has sailed on him being a starting quarterback in the NFL.

The Falcons owe it to themselves to see what Ridder’s potential is, this is a smart move for the future of their franchise.