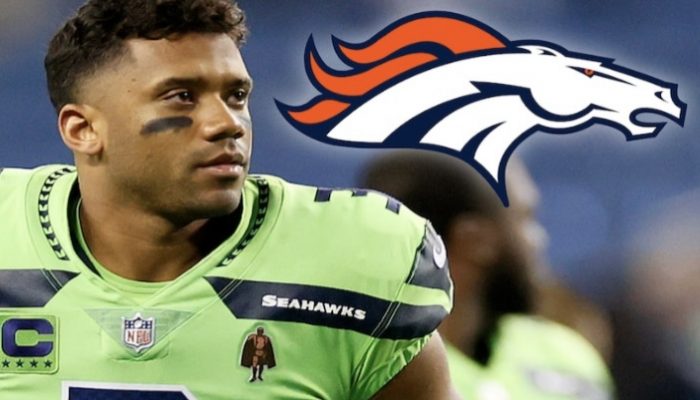 After a struggle to stay in the playoff contention throughout the 2021 NFL Season, the Seahawks have decided to trade their long time franchise guy, Russell Wilson to the Mile High City to play under the Denver Broncos. The trade consists of the Broncos receiving Wilson and a fourth-round pick, While Seattle receives a fifth-round pick, along with 2 first-round, 2 second-round picks. Followed by players that consist of Quarterback Drew Lock, Tight End Noah Fant, and Defensive End Shelby Harris. After 10 years of loyalty and playoff success under owner Jody Allen and head coach Pete Caroll, the time for a rebuild is now in full swing as the Seahawks look to find the next Quarterback to replace their nine-time pro bowler and one-time Super Bowl champion for the potential future. Since the retirement of NFL legend Peyton Manning, the Broncos have struggled to find a long-term player to fulfill their Quarterback desires. Since the historic Super Bowl 50 Championship run, the franchise has been absent from playoff contention and has yet to retain their place as a Super Bowl contender. But, what does Wilson now bring to the Broncos organization? For starters, he has been labeled and ranked in the top 10 at his respected position for the past three years, while also receiving the nickname “DangeRuss” from his teammates and NFL peers. Wilson’s success has been often showcased in his ability to throw arguably the most accurate deep ball in the league, with throws that will touch the moon as it drops perfectly into his receivers hands. The elite arm talent is one thing, but his ability to escape the pressure and dance around in the pocket to avoid sacks is another one of Wilson’s tricks. The mobility, accuracy, clock management, and not to mention the amazing amount of team leadership is what drew the success up in Seattle for a decade.

Even with missing six games last season due to a dislocation of the finger in his right throwing hand and having to recover from surgery, Wilson still returned in late November to finish with a completion percentage of 64.8%, a QB rating of 54.7% (10th), 25 TDs (11th), and 3,113 passing yards (22nd). Even with missing some time to recover from injury, Wilson was still capable of performing at a high level to finish off a disappointing season with the Seahawks that left them with a 7-10 record, which left them out of the postseason and 4th in the NFC West. But why should fans be worried for Wilson moving to the mountains of Colorado?

What Do The Broncos Have to Offer for Wilson?

Over the past three years, Denver has used their draft picks to seek out players to fill in the gaps necessary for success offensively. In 2020, the Broncos used their 15th overall pick to draft Wide Receiver Jerry Jeudy out of Alabama, who has shown glips of flashy plays in the pros, but struggles with consistency in his current two years playing in the NFL. Of course, this is easily defensible with the ins and outs of the quarterback position since Jeudy has arrived in Denver. Other receivers like Tim Patrick and Courtland Sutton have made a respectful claim for required weapons. These young wideouts should be thrilled to be receiving plenty of receptions from Wilson this upcoming season. Followed with just last year picking up North Carolina Running Back Javonte Williams off the board with the 35th pick. Javonte had a remarkable rookie season with 903 rushing yards, 316 receiving yards, and 6 total TDs. Where the Seahawks lacked for Wilson was having a strong Offensive Line to block, especially on important downs where a conversion is necessary. In fact, the Seahawk line was ranked 25th in 2021. Wilson was pressured on 37.0% on drop back passes while being sacked 33 total times, one of the highest marks in the league. The Broncos do not have a completely perfect O-line, but a drastic improvement, where there won’t be a requirement for Wilson to run around all day long.

Overall, the future for the Broncos offense is bright, with a top three defense on the other side ready to get Wilson and his guys back on the field. The troubles of scoring for the Broncos looks to be in the matters of fixing, with now an elite player under center calling the shots. The excitement to see what is next for Denver is through the roof, and the playoff drought seems to be finally in the past.