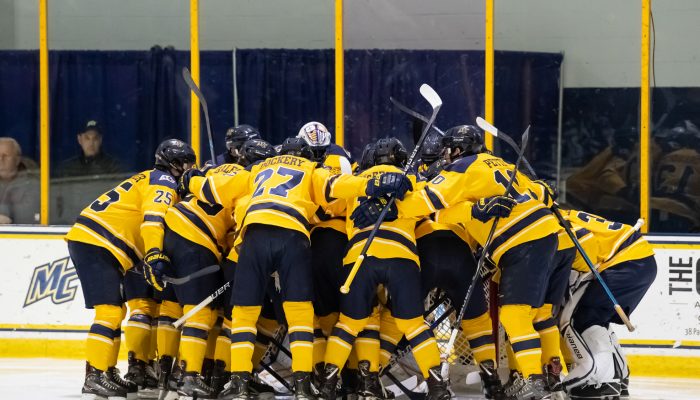 The time has come. Playoff hockey is upon us. The Warriors have had a successful regular season, going 18-14-1. Their most notable wins were their huge victories against UMass Lowell and Providence. In that span, they won five games in a row, also defeating Bentley once. Their 18 wins is tied for the second most wins in program history. As a result, Merrimack Athletics announced that Coach Scott Borek has extended his contract with the team.

The Warriors are set to take on the University of Maine Black Bears on March 9 at 7:00PM inside Lawler Arena. The theme is White Out. If the Warriors win, they face UMass Lowell at Tsongas Arena in Lowell on March 12. Time is TBD. Go Mack!