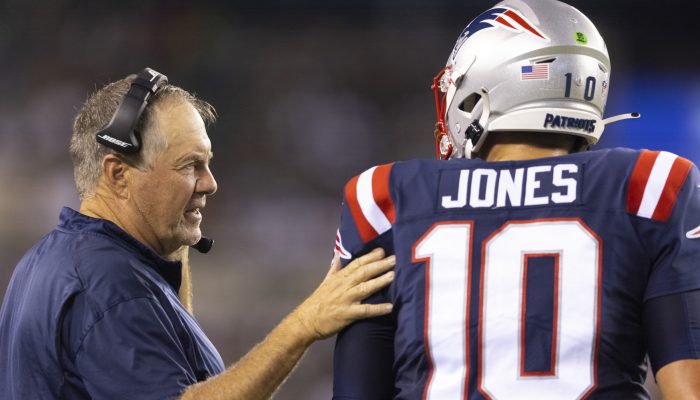 Following an embarrassing and concerning loss to the Miami Dolphins last week, the New England Patriots will look to bounce back against the limping Pittsburgh Steelers. Can they right the ship against one of the best defenses in the NFL? Let’s find out.

The Steelers will be without reigning defensive player of the year TJ Watt as he got placed on injured reserve, which may be the most impactful injury in the NFL outside of Dak Prescott. The Steelers have four other players on their injury report ahead of their clash against New England. Running back Najee Harris with a foot injury which may be related to the injury he suffered in training camp, and defensive back Levi Wallace with an ankle injury were both limited participants in Wednesday’s practice. Linebacker Robert Spillane is dealing with an eye injury and starting center Mason Cole is dealing with an ankle injury. Both were full participants on Wednesday. On Thursday everyone was a full participant except Mason Cole, who was limited again.

The Patriots have their own list of injuries as well. Linebacker Ja’Whaun Bentley did not participate in practice on Wednesday due to a toe injury. Safety Joshuah Bledsoe is dealing with a groin injury, defensive back Adrian Philips injured his ribs, cornerback Shaun Wade has an ankle injury, and running back Pierre Strong is listed with a shoulder injury. All were limited participants on Wednesday. Quarterback Mac Jones was a full participant with a back injury. On Thursday everyone was a limited participant, and Mac Jones did not participate due to an illness that is not believed to be Covid-related, per Tom Pelissero.

The key matchup here is the Steelers offense against the Patriots defense. Tua was not good against the Patriots, but it was more Tua’s limitations than the Patriots having a great game plan, although they did perform very well. I see that trend continuing against the Steelers as Mitch Trubisky is not much better than Tua, and the downfield passing attack is seemingly nonexistent for Pittsburgh despite Trubisky’s best efforts. For the past three years the Steelers have had this lightning quick passing game and lacked a desire to test defenses with the deep ball.

As for the Patriots, their offense just looks lost. Kendrick Bourne is in the doghouse despite being the brightest spot on offense last week, and I doubt he’ll be let out this week. The Steelers have a better front than the Dolphins, and they’ll get pressure against Jones. Burrow was under pressure 19 times against the Steelers, and Watt was only responsible for two of them, per PFF. I can easily see Pittsburgh getting 10 or more pressures against Jones, and if their secondary can play even 70 percent of what it was against Cincinnati, it will be an even worse outing this week for the New England offense.