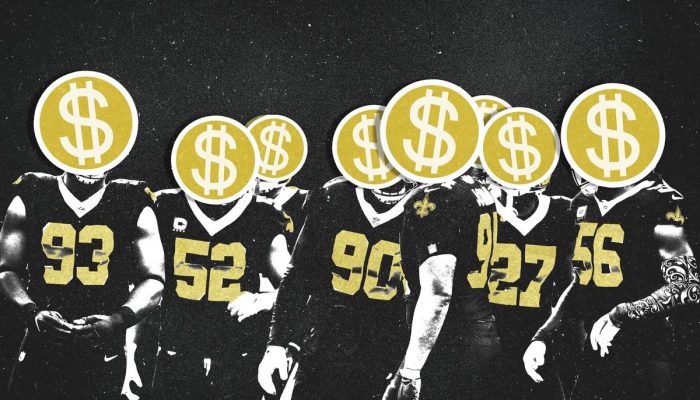 Are the Saints projected to be over the 2022 Salary Cap by over $75 million? Yes. Do they have salary cap problems? Absolutely not. It’s hilarious how people look at this and say that the Saints are done for, the roster will be gutted, or other things of the sort. However, that could not be further from the truth. This is simply how the Saints treat the salary cap, they max out their credit card and pay the bill on time. Let me explain.

The NFL salary cap is nothing like the salary cap in other sports. For starters, a player’s cap hit does not equal the amount of cash they get paid. A player could have a $15 million cap hit, but have received $20 million in cash. This is due to signing bonuses being spread out over the length of a contract, for a maximum of five years. A player can have a five million dollar signing bonus, but if it is a five-year deal, that five million dollars will hit the cap for one million dollars over the entirety of the deal. The player gets five million on the spot, but the cap hit is spread out. This is how the Saints can get under the cap, without cutting a single player.

Contract restructures are the best friend of the Saints. When restructuring a contract, that involves taking a base salary or roster bonus, and converting it into a signing bonus. The purpose this serves is to decrease cap hits in the first year by sacrificing cap space in future years. Now, let’s get to what players the Saints can restructure to get under the cap.

By reducing these player’s base salary to the minimum and converting the remaining salary and any non-prorated bonuses (I.e workout bonuses, roster bonuses etc.), the Saints are nine million dollars under the salary cap, and they can easily clear up more cap space as well. In short, the Saints aren’t screwed at all, this is just how they treat the cap.