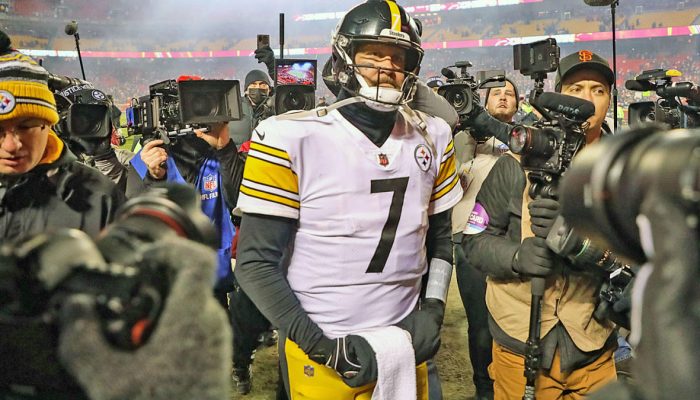 This Thursday, Pittsburgh Steelers quarterback Ben Roethlisberger made an announcement of his retirement via social media video. Since he was first drafted in the 2004 draft Roethlisberger has been the face of the Steelers. The six-time Pro Bowler is ranked fifth all-time in passing yards (64,088) and completions (5,440), while ranking eighth in touchdowns (418). Roethlisberger has played in three super bowls in his career and won two, beating the Seattle Seahawks in 2006 and the Arizona Cardinals in 2009. Even Tom Brady had some words for the 18 year veteran by tweeting, “Ben defied the TB12 Method in favor of the “Throw Some Ice On It” method his whole career, and ended up an all-time-great with 6 Pro-Bowls and 2 Super Bowls. There’s more than one way to bake a cake!”. Fans of the NFL are losing a future Hall of Fame quarterback in Ben Roethlisberger, who left it all on the field game in and game out. We will be on the lookout to see how the Pittsburgh Steelers will move on from the Roethlisberger era, whether they trade for a veteran quarterback or try their luck in the draft and gain a rookie quarterback to build around. This is just the first batch of NFL news that has surfaced. We will look towards the off-season for more free agent signing and trades.