9 Movies to Watch With Family During Thanksgiving Time 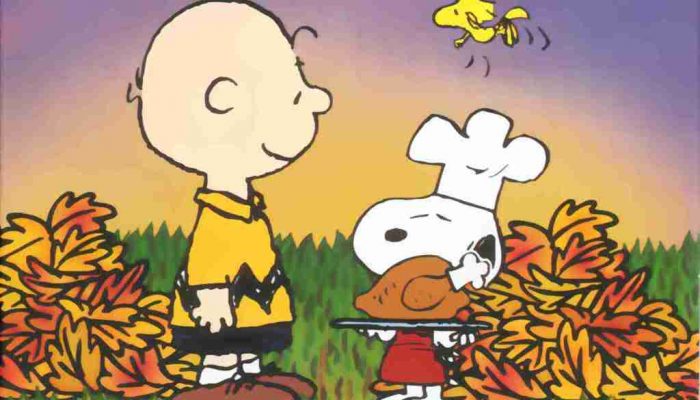 With Thanksgiving break fast approaching, lots of us will be leaving campus to spend quality time at home with our families. What better way to bring everyone together than a movie?  Here are some films that are great to watch with your loved ones.

(Disclaimer: These are my personal picks. Certain movies on this list may involve heavy themes, and some might be a bit too abrasive for grandma. Use discretion, you know your fam better than anyone else!)

You get two Lindsay Lohans for the price of one!  This movie is full of lighthearted fun and adventure. The plot surrounds two identical twins who meet at summer camp and discover they were separated at birth, prompting them to hatch a plan to rekindle their parent’s relationship.

E.T. is one of many Steven Spielberg films that could have ended up on this list.  I chose this one because of its great sense of nostalgia that can make anyone feel like a kid again. I’ll never forget the first time I saw the bicycles flying through the air. I also remember thinking that this was a true story as a kid, but that’s beside the point. The themes of youth, friendship and family make this a perfect movie to watch with loved ones around this time of year.

This is a fantastic and emotional coming-of-age story based on “The Body”, a novella by the great Stephen King. It follows four young boys as they embark on an expedition to find a dead body that was rumored to be in the woods near their homes. Along the way, they learn about themselves, each other, and life in general. Fun fact, my dad ran into Stephen King walking his dogs in the woods in Maine. Very on brand for him!

I love this movie. Fair warning, there’s lots of strong language and adult themes that might make it uncomfortable to watch with your parents, but if you can get past that then you’re in for a wild ride. It follows a family traveling cross-country to attend the youngest daughter’s beauty pageant, hitting nearly every roadblock imaginable along the way. It’s a beautiful portrait of a dysfunctional family that’s equal parts hilarious and deeply touching.

Pretty much every Pixar movie could be on this list, but I thought there needed to be at least some level of variety. I chose Soul because I would argue its messaging is more geared towards an older audience than any other title from Pixar, so it’s still worth watching even if animated movies aren’t typically your thing. Also, just like most Pixar movies, it’s a quirky yet meaningful story and looks stunning.

If you’re from Massachusetts or New England and haven’t seen this movie, you’re doing something wrong. Everyone else gets a pass (kind of). A wayward young man working as a janitor at MIT runs into some trouble with the law, and is required to meet with a psychologist to help steer him on the right path. Over the course of the film, they slowly begin to open up to each other. Matt Damon and Robin Williams both put on amazing performances that will make you laugh, cry, and wonder how you like them apples.

This is my favorite non-English speaking film of all time. It deals with some extremely heavy themes involving WWII and the Holocaust, but it is one of the most beautiful and impactful movies I’ve ever seen. Even with such a dark subject matter, the film manages to have so much heart and wholesome humor. At its core, it’s a story about how far we will go to protect and care for the ones we love, even when faced with the most unimaginable hardship. There is a version that’s dubbed over in English if that interests you, but the original Italian dialogue is miles better.

Following a mental breakdown, a school teacher moves back in with his aging parents in an attempt to put his life back together.  This is a charming and hilarious romantic comedy, but it also explores mental health and family dynamics with a rawness and honesty that is hard for other movies to nail – Silver Linings knocks it out of the park. There is some very strong language and intense scenes involving mild violence and manic episodes, so take that into consideration.

This movie represents everything great about the whodunit genre. Watching it feels like being shrunk down onto a Clue board, complete with zany characters, a sprawling mansion, and a head-scratching murder at the center of it all. A big cast delivers with big laughs, shocks, and a mystery that will keep you guessing until the end.