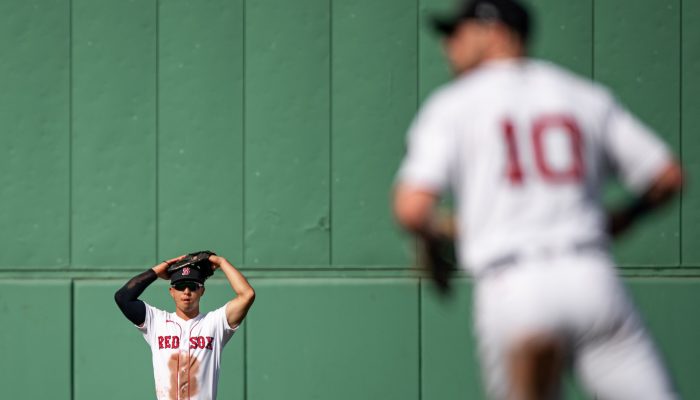 Even the most stubborn of Red Sox fans holding on to whatever hope is left for a 2022 playoff spot can agree that overall the season has been a let down. After a 2021 season in which the Red Sox shocked the world and went on an improbable playoff run that saw them two games from a World Series berth, the Sox have been more than lackluster, fluttering around .500 ball for the entirety of the season. Sub-par pitching in addition to a not-so-consistent lineup of veterans and newcomers equals an extremely below average ballclub. 2023 brings cautious optimism for Red Sox fans, as any new season does. Hopefully featuring the return of some key players, and the emergence of some young, up-and-coming playmakers, 2023 will be interesting to say the least. There needs to be a thorough evaluation of the 2022 season in order to prepare for the future, and some heads will need to roll.

Goal number one needs to be re-signing Xander Bogaerts. Not only has he been the most consistent player for the team over the last 6 years, he is the de facto captain of a ballclub without an identity at the moment. As an extension of the old guard of Sox legends (Ortiz, Pedroia) he knows what it takes to play championship level baseball, and will hopefully be here for a very long time. Rafael Devers is in a similar position to Bogaerts. At 25 years old, there aren’t many players in general that can match his value. His biggest downfall in years past has been his glovework, yet Devers has improved his fielding drastically, and has developed into a decent third baseman that can at least cover his position. His bat is nothing less than extraordinary, and at 25 it’s incredible to think that he hasn’t even reached his prime yet. It would be irresponsible for the Red Sox to think that they would be able to find a comparable replacement in Free Agency or within their farm team. If Boston chooses not to re-sign Bogaerts and Devers, the city might be set ablaze overnight, and rightfully so. Players like Michael Wacha have been surprising pickups and can be re-signed for a deal that would be generally considered team friendly, but the Sox have to decide what to do with veterans such as J.D. Martinez, Eric Hosmer, Rich Hill, and Kike Hernandez. Will President of Baseball Operations Chaim Bloom deem these players valuable for the future of Red Sox success? Or will there be some key call-ups that allow younger prospects to shine and thrive?

The Younger Guys Who Have Underperformed

Despite what the general public believes, many of the top prospects for the Sox hail from the reign of boom or bust aficionado Dave Dombrowski, not the small ball, money managing, so called guru Chaim Bloom, who has proven to be inefficient during his short time as Boston’s President of Baseball Operations. We’ve seen some call-ups during the course of the season, and many of them have left more questions than answers. One prime example is Connor Seabold. He didn’t exactly have Roger Clemens level expectations coming out of Worcester, but he was at least given an opportunity to prove that he belonged on a Major League roster and was hopefully going to be a stop-gap for Boston’s bullpen woes. What does he do? Three starts with an 11.91 era and four home runs given up in 11.5 innings of work. Yikes. The story remains the same for 2022 Newcomer Jarren Duran. With the departure of key outfielder Hunter Renfroe, (who should’ve stayed in a Red Sox uniform if it wasn’t for the ineptitude of Chaim Bloom), the Sox were hoping that Duran would step in as a young player and deliver decent statistics from the outfield position, but instead he was most known for allowing an inside the park grand slam against the Blue Jays on what seemed like a routine fly ball. This play pretty much summed up Duran’s skill from a defensive perspective, as he is considered a below average defender and despite a hot start, has cooled off drastically at the plate.

The Young Guys With Promise

Despite their poor ERA’s, pitchers Josh Winckowski and Brayan Bello’s lights have shined brightly at times, especially Winkowski who has had some decent starts against some good ball clubs. His July 13th start versus the Tampa Bay Rays saw him go six innings while only allowing three runs. His July 6th start against the Cubs was even more stellar, as he went six innings and only allowed one earned run while striking out six. Despite these good starts, he still has a lot of work to do as a 24-year-old, and his 5.83 ERA in his first season has shown that he has had more bad outings than good. Brayan Bello on the other hand is more of a project than WInkowski. Bello was looked at as not being ready until 2023, so it was surprising to see him called up for some major league action. While he has been mostly shaky, Bello has proven that he has Major league quality stuff, and over his last four appearances he has a 4.50 ERA and 15 strikeouts in 14 innings of work. To everyone who owns a set of eyeballs, it is clear that Bello has a lot to offer for the near future. Both Winckowski and Bello have a lot to prove in 2023, and if the Sox want to make any noise in the AL East, both young hurlers need to flourish in their second year with the Team.

In Conclusion, the upcoming offseason is going to tell us everything we need to know about what mentality the Red Sox are going to be taking with them for their 2023 campaign. Will the Sox be aggressive and re-sign who they need to in order to make a run? Will Chaim Bloom actually address needs in the Bullpen instead of picking up unnecessary pieces at the deadline? Hopefully the answer is a resounding yes. Boston isn’t as far off from returning to playoff form as people may think, and their actions need to reflect this sentiment. Fans in Boston won’t be able

to bear another 2022 like meltdown, and it’s now or never for the current incarnation of Boston’s Beloved Boys.