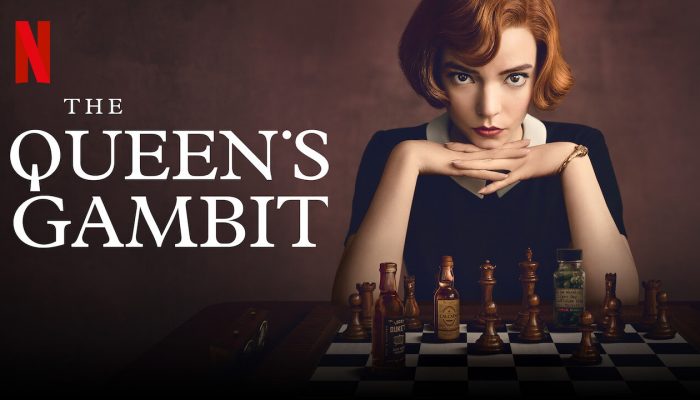 2020 saw some incredible television shows take over the masses. Many of those came from Netflix, the powerhouse in streaming services. It feels like forever ago that a show like Tiger King jumped into the hearts of fans and haters alike with its over-the-top true story. Other popular Netflix series include  Cobra Kai, Outer Banks, and Bridgerton. But perhaps the best of the best was the limited series The Queen’s Gambit, starring Anya Taylor-Joy as main character Beth Harmon. The story, based on the book by Walter Tevis, details an orphan who goes on to become the most prominent chess player in the world. And that’s where our review really begins.

The beauty of The Queen’s Gambit goes beyond the show itself but the setting, the costume design, and the shooting style of the show. It felt far more realistic and brought you back to the Cold War era in the 1950s and ending in the 1960s. Rather than telling the story of who Harmon was over a multitude of seasons, they instead went with the rapid telling as the viewer would be brought from year to year, episode after episode. You essentially start the show with Harmon preparing for the match of her career coming off a wild night before heading back in time to when she was a young girl at an orphanage. It would be nice to believe this was a story of triumph from tough beginnings, but it was more than just that. The telling was deeper than that.

Harmon was a young girl who nearly died when her mother gave up on her and life itself. She found herself in the orphanage and was soon addicted to green pill tranquilizers, and would be for much of her life. She seemed to be going down the wrong path like her mother before her, and that was maybe the most difficult part of the series. You didn’t know if she was ever going to rise to the greatness she eventually did. And it seemed every single time she got close to someone, she would lose them. Harmon was a character based on pain, loss, and fear, who overcame all of that in the end. And that’s the beautiful part of it. She used chess that she learned from the janitor of her orphanage to clear her mind and eventually save her from the demons that could have taken her down.

Joy-Taylor won the Golden Globe for actress in a lead role of a limited series and it’s due to her dedication to the role. There wasn’t a second of this series that you felt there was a miscast because she was Harmon. She has said since then that she would take on the role the rest of her life if she could because that’s how much she loved it. She felt it.

The best part of the series was Harmon’s role. It’s only in recent years that the female dominant role in television has become the “it” factor, per se. For decades before, it felt as though TV writers would sexualize their lead women and at times treat them poorly in their role of defining themselves and creating a character remembered forever. While Harmon struggled with her own problems, she was always in control and the boss of herself. She didn’t back down from anyone and overcame, taking charge and being the alpha in all situations. Harmon didn’t fall in love with her male counterparts, but rather tried to figure out who she was more than anything. It was a coming of age in a real sense rather than a ridiculous, fictional way that we have seen so many times before. By the end of the series, she was confident in who she was and made her own destiny moving forward. This role was important for future television because it was the solidification that this is where television is going.

If you dig into the show more, the chess aspect is fascinating as it’s one of the most complicated games to play in the world. The different strategies, intense knowledge, and overall mentality to play the game at the highest level as shown in this show, and maybe even popularized it for those who didn’t understand it in the first place. And seeing how popular it is, especially in other countries like Russia, really pushes the point that this was a bigger deal in the setting of the show. The story of Harmon, the aspect of chess, and the overall look and feel of the show are what make The Queen’s Gambit an all-time show that everyone should watch. You don’t have to have an interest in chess to connect with this story. Really, you have to grow up and understand the difficulties of life itself and how curveballs always hit you when you think you are finally past them. A story of overcoming the toughest times in life, the fears and doubts you have, and never giving up even when it seems there’s no hope. The Queen’s Gambit is a must-see series that has something for everyone.