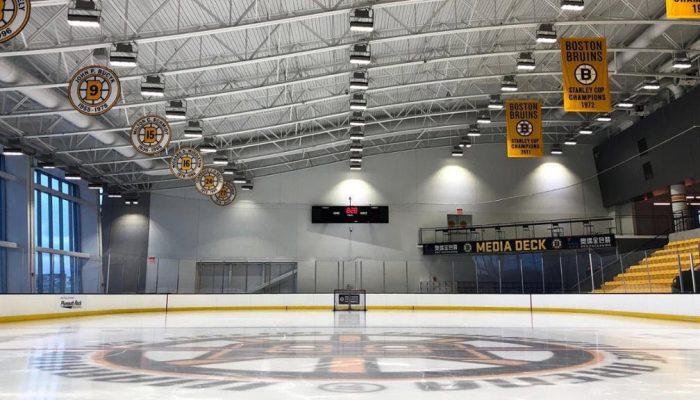 The Boston Bruins have been teasing Stanley Cup aspirations for the past decade with our last championship secured in 2011. Since then the Bruins have yet to hoist Lord Stanley and fans to this day still believe in the “One More Year” mentality. Once again in the year 2022, Bruins fans are sucked back into the trance of a Stanley Cup run. This year is truly Cup or bust. With a bust looking more likely.

Last year saw the Bruins exceeding 100 points in the regular season which is astonishing for an NHL team. But, so did the rest of the Eastern Conference. The battle to clinch playoff berth was grueling as Boston squeezed in as the Wild Card 1 team, facing the favored Carolina Hurricanes in round one. The series was back and forth between both sides. But in 7 games the Canes kicked Boston to the curb, having an uncertain future amid the free agency status of Patrice Bergeron.

This past offseason the Bruins traded forward Erik Haula to the New Jersey Devils in exchange for 25 year old forward Pavel Zacha. Then weeks later, the Bruins signed back the beloved center duo of David Krejci, who left the team last year to play in Czechia, and Patrice Bergeron. Sounds like a pretty decent offseason right? We’re getting the band back together! Well look at the rest of the Eastern Conference.

The Bruins spent the least amount of money. In a way it’s rightfully so considering last summer, GM Don Sweeney went all out spending 20 million dollars in free agency, signing depth pieces like Tomas Nosek and Nick Foligno as well as goaltender Linus Ullmark. Even with spending all this money last season it still hasn’t exactly paid off. The East has always been a bloodbath but with Boston’s current situation a Stanley Cup looks slim.

You look at every team’s roster on paper this year and you’ll see how stacked each team has become. In Boston’s case they haven’t gotten much better. What’s the difference that separates Boston from the rest? Our awful drafting. According to Hockey Prospecting they are ranked last in the NHL’s Prospect Pool Strength.

Each team has prospects that have developed into key, solidified players on the roster. Boston can’t say the same. In the past 5 draft classes, only 3 Bruins in that span have cemented themselves in the roster; (Haven’t been sent down to the minor leagues) Charlie McAvoy, Jake DeBrusk and Brandon Carlo.

Yes you can say bringing back the man who was 12th in scoring in the Extraliga and won a bronze medal with David Pastrnak at the World Championships is an appealing resume. But David Krejci won’t solve all of Boston’s problems.

Notably the Bruins are without Matt Grzelcyk, Mike Reilly, star defenseman Charlie McAvoy and elite winger Brad Marchand for the first half of the season. Both Marchand and McAvoy are arguably the 2 best players on the team, with McAvoy being a Norris Trophy (Best Defenseman Award) finalist every year and Marchand being Boston’s top points scorer. With these injuries, the Bruins will look to their young guys to step up.

There aren’t many options to choose from to fill those big holes. I am excited to see defenseman Jakub Zboril, who’s breakout season was cut short when he tore his ACL 10 games into the season. On the offensive side, young guns Jack Studnicka and Oskar Steen are due for breakout years as Boston’s most valued AHL call ups. Both players tallied 35 points in 40+ AHL games.

All in all, the Bruins situation coming into this year is more grim than ever in past years. With losing one of the best head coaches in Bruce Cassidy, barely making any moves to truly improve the team, and the Eastern Conference stacking up. Boston’s road to the cup will take the Luck of the Irish. Which isn’t likely with how the rest of our beloved teams are doing.