Review: “Adele One Night Only” Special 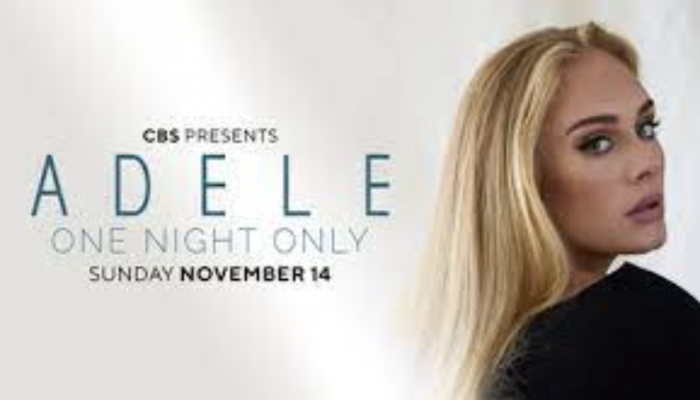 On Sunday, November 14th CBS broadcasted the “Adele One Night Only” Special. This special included many amazing performances by Adele with some of her new material for the first time in over six years- crazy! This was such a jaw dropping special in my opinion. It was pre-recorded and took place at the Griffith Observatory up on the hills overlooking the Hollywood Sign and much of Los Angeles… it was amazing.

What I think made this event so special was the background behind the music she sang. While she sang many of her older, more popular songs, she also included her new trending music as well. Oprah Winfrey was also involved with this event as she interviewed Adele on what this music meant to her and where it stemmed from. The music she wrote was initiated from many main events in these past few years that have molded her. Her weight loss, divorce, struggles, and raising her son has shaped her into the new and improved person she has become and inspired much of her new music.

Listening to her speak to Oprah with no hesitation and full transparency was inspiring and only made me want to keep watching. I have not seen any Adele performance since I was much younger and seeing her on television in front of me blowing away the audience in front of her was breathtaking. The event itself was very intimate, with a select crowd, and even a wedding engagement was made- it was adorable. Adele is so down to earth and real, not something you always see from celebrities. I think that the obstacles she has faced over the past few years as well as raising her son have really opened her eyes into being the most genuine and giving person she can be. I absolutely loved listening to her talk- her opinions, how she thinks, her ideas, they are just amazing.

Her voice is like an angel! She sings beautifully and I really missed seeing her on stage performing, I hope that this is something she will do more now. If she ever comes in concert I would totally love to see her! If you have not watched the “Adele One Night Only” special I really recommend watching it, you can go online CBS to watch it if you missed it!