Odell Moves to the Rams 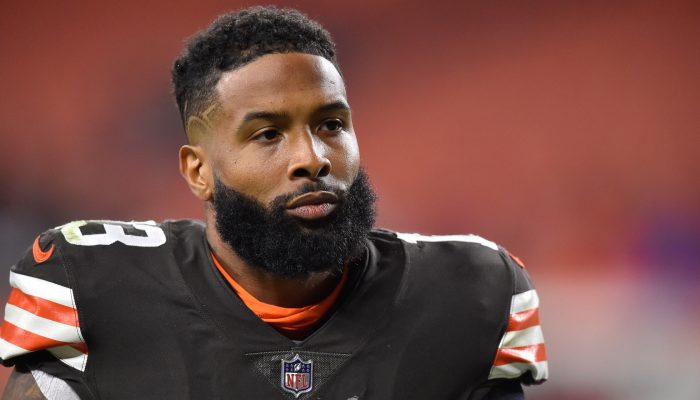 After a wild ride in Cleveland, Odell Beckham Jr. made his debut with the Los Angeles Rams last night. Odell didn’t have a really flashy first game with the Rams, as he only had two catches for 18 yards and only played 15 out of 55 snaps. The reason that he hardly played and didn’t get to contribute a huge amount is how he did just get signed to the Rams in the last few days.

Right before the trade deadline, there was a lot of news coming out from the Cleveland Browns, as it was thought that they were going to deal Odell since there had been a good amount of teams interested in him. Around the same time, his father posted an 11-minute video of times where Baker Mayfield seemed to just ignore an open Odell and continue to make bad decisions and not throw to Odell as often as he should have.

There was growing frustration between Odell and the Browns to the point where the team told him not to come to practice for a couple of days before releasing him. Odell has since come out and said that he did not necessarily want to leave Cleveland, but definitely wanted to play a bigger role in the offense.

He then signed with the 7-2, now 7-3 LA Rams. This puts Odell in a better position than he had been in Cleveland. In the craziest coincidence ever, just days after signing Odell, Robert Woods unfortunately tore his ACL. This is wild since Odell gets immediately put into the WR2 spot with Cooper Krupp as the other main option. Also, Odell has been getting the ball thrown to him for years by an out of prime Eli Manning and Baker Mayfield, so the thought of him playing with Matthew Stafford going forward is going to be hard for defenses to do anything about.