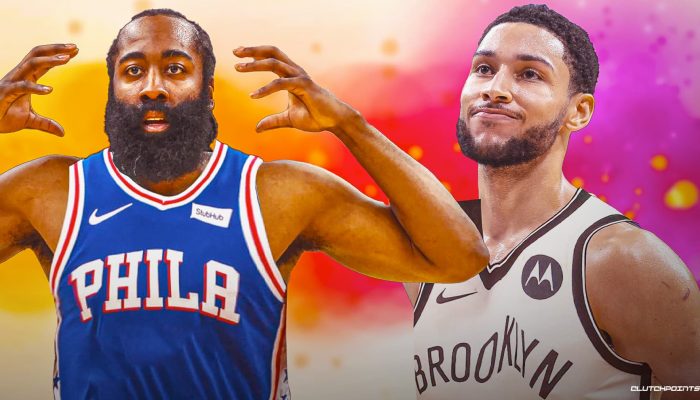 The Philadelphia 76ers and the Brooklyn Nets have just made the blockbuster deal all NBA fans have been waiting for. The 76ers sent Ben Simmons, Seth Curry, Andre Drummond and two first round picks to the Nets for James Harden and Paul Millsap. The main thing to make note of in this trade is that James Harden and Ben Simmons are both generational talents that have the ability to lead any team they are on. Prior to the trade, they were both refusing to play for their teams. Harden has been great all season, although recently has gotten very frustrated with the entire Nets’ franchise. Simmons, on the other hand, has been the cry baby of the league this year, as he has refused to play a single second this whole season.

This trade is a big win for both of these guys as they are on a new team and are both in title contention. Regarding the teams themselves, they both seem to have won because they have obtained All-Star talent for a guy who was not even playing. Although, at the end of the day, the Nets definitely came out stronger with the players and assets they received. Ben Simmons is a young point guard who already has great playoff experience. He does have a lot of limitations with his shooting, although it won’t be as big of a problem anymore since he’s playing next to the likes of Kyrie Irving and Kevin Durant. Seth Curry is one of the best three point shooters in the game and is a huge addition to the Nets bench. Andre Drummond may not be the ideal center in today’s NBA but he’ll still grab around 15 rebounds each game. Those three players alone should make the Nets the team to beat in the East, of course when Kevin Durant is back and fully healthy. Even though the Nets got the better end of the deal, the 76ers still got James Harden. He’s one of the best scores in the league today and will fit in perfectly with Joel Embid.

I’m very excited to see both these teams with their new players. I’m predicting these two teams will become one of the next NBA rivalries. Hopefully, we’ll get a Nets vs 76ers Eastern Conference Finals match up this year. That would be incredible to watch. Exciting times ahead for both teams.