Honor Black History Month: A Look at the Black Church 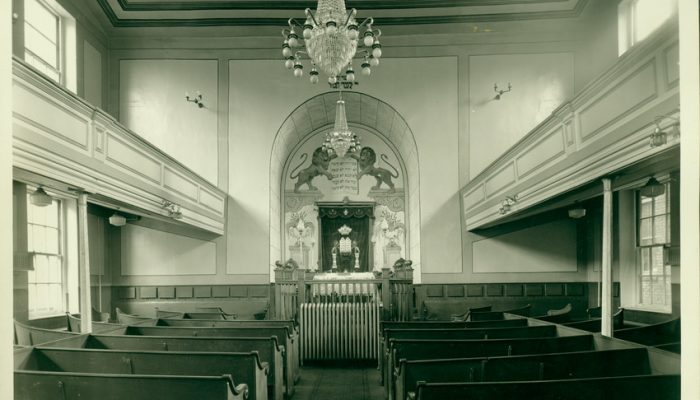 On February 16, Dr. Henry Louis Gates will premiere a PBS special titled “The Black church: This is our story, this is our song.”  Churches are the oldest, strongest, most stable, and in my humble opinion, the most important social institutions in our society. When people move to a new place, they often look to find a familiar church to seek support, and comfort. The first European settlers to the United States quickly established churches, and as more people came from every corner of the world, more churches with specific languages and rituals were created. Churches, synagogues, mosques, temples—places of worship—are sacred. They bring hope, unity and solace to many. Churches feed the souls and bellies of communities, they build schools and colleges, and they often serve as refuge for many people.

Sadly, in the U.S., churches began as segregated institutions, and enslaved Africans were not permitted to worship openly. Bible studies often meant that the slave owner(s) would read selected Bible passages to the enslaved Africans. The selected passages were designed to perpetuate servitude and obedience.

Faith in God and religious rituals, such as prayer and singing hymns, have always been an important part of the lives of many people of African descent. The religious beliefs and practices learned on the continent of Africa came with the enslaved Africans to the U.S. Even slavery could not squelch their strong beliefs.

First Black Church in the U.S.

Historically, for African-American communities, the church is one of the most important social institutions. In the beginning of U.S. society, enslaved Africans who were not allowed to gather openly to worship, so instead they would gather in secret to praise and worship God. The first church—although it had no building—organized by African slaves was formed in Savannah, Georgia, in 1773: the First African Baptist Church.

Reverend George Leile attempted to form the first church in South Carolina, but he and others were banned since it was illegal for slaves to gather together in worship. They met in secret and held services on the plantation until 1775, when Rev. Leile was given permission to preach. In 1777, Rev. Leile was granted his freedom by the British and he left American and went to Jamaica. Before he left, he ordained Andrew Bryan to become the second pastor of the First African Baptist Church. Bryan preached and was the pastor of that church until 1822.

The African Meeting House, also known as the First African Baptist Church in Boston, was built in 1806 and is the oldest Black Church building. The building is now one of the National Park Service’s historical landmarks and is part of Boston’s Black Heritage Trail.

There is no one Black Church—it is not a singular nor homogeneous institution—and when the term is used, the reference is to churches that: (a) were founded by Africans and/or African Americans, (b) that have predominant African American congregants, and (c) have a specific style of worship, including prayer, signing, and preaching. The largest historically and predominantly Black Christian congregations are the African Methodist Episcopal (A.M.E.) Church (the oldest of the organized Black Church denominations, formed in 1787), the African Methodist Episcopal Zion (A.M.E.Z.) Church (incorporated in 1801), the National Baptist Convention (organized in 1880, is the largest of all the denominations, reporting 7.5 million members), and the Church of God in Christ (formed in 1907).

Today, the state of Louisiana hosts the largest number of predominantly-Black parishes.

According to the U.S. Conference of Catholic Bishops (USCCB), there are approximately 3 million Black Catholics in the U.S., 25 percent of which are members at historically-black parishes. Those predominantly Black parishes were established during the segregated Jim Crow era and remained mostly segregated post-Jim Crow. The USCCB established a subcommittee on African American Affairs to address “the needs and aspirations of African American Catholics regarding issues of pastoral ministry, evangelization, social justice, worship, development of leaders and other areas of concern.”

Known as the Mother Church of Black Catholics, St. Augustine (Washington, D.C.) was formed in 1858 by a group of emancipated Back Catholics. The school associated with the parish was staffed by the Oblate Sisters of Providence, the oldest religious order of Black women in the United States. St. Augustine’s neighboring parish was St. Paul, and their original congregants were primarily of Irish and German descent. In 1961, Archbishop Patrick O’Boyle decreed that the two parishes should merge into one. The parishes went through a few more changes before eventually being called Saint Augustine as of 1961. Further, in 1989, Father John Payne was ordained and named the first African American associate pastor assigned to the Saint Augustine parish.

The first Black Catholic priest and Bishop was James Augustine Healy, who was ordained in 1854 and consecrated in 1875. He was the second Bishop of Portland, Maine. Because Healy was bi-racial (his mother was a slave and his father an Irish immigrant), not many people knew that he was Black. Therefore, Father Augustus (Augustine) Tolton, a former slave, is more widely known as the first Roman Catholic priest in the U.S. He was ordained in 1886. And while he was preparing to serve the Church in Africa, he was assigned to St. Boniface Church in Quincy, Massachusetts.

Churches, in particular churches founded by immigrants and people of color, are an important fabric of our society. They represent hope, progress, growth, justice and unity, and are a place where people from different walks of life come together in comfort and peace, or at least, in theory, they should be able to. While many churches are racially integrated, there are still many churches that host predominantly Black congregants. Those spaces are a necessary sacred space for worship, praise, and unity.

Davis, Cyprian (1995). The history of Black Catholics in the United States. Herder & Herder.

Lincoln, C.E. and Mamiya, L.H. (1990). The Black church in the African American experience. Duke University Press.Green, E (2017 November 5). “There are more Black Catholics in the U.S. than members of the A.M.E. Church.” The Atlantic

Dr. Butler-Mokoro’s dissertation is titled Racial Uplift and Self-Determination: The African Methodist Episcopal Church and its Pursuit of Higher Education. She is also the co-chair for the CSWE Council on the Role & Status of Women in Social Work Education, co-editor of the book Feminist Perspectives on Social Work Education: The Intersecting Lives on Women in the 21st Century.