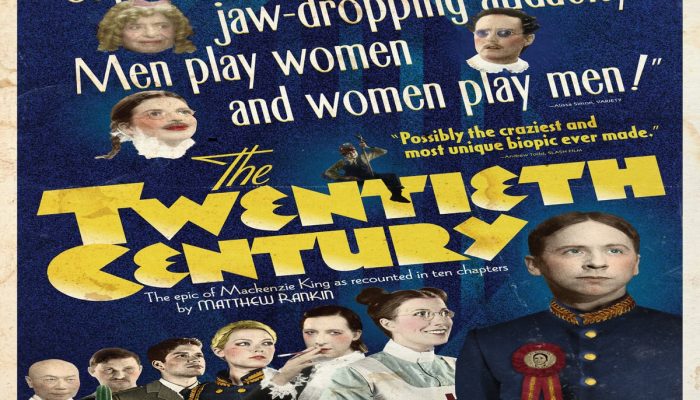 The Twentieth Century is a Canadian indie comedy film released in 2020 directed by Matthew Rankin. I watched it on Amazon Prime where I instantly fell in love with both the artistic value of the movie, as well as the deeper meaning it tells about Canadian politics and politics in general.

The story follows satirized versions of real life historical personalities with former Canadian Prime Minister, William Lyon Mackenzie King, becoming the protagonist of this film. In real life, King was the Liberal prime minister of Canada during World War II. However in the film, King runs for prime minister in 1899, during the British conflict between the Boers in South Africa. We follow King as he is locked in a fierce competition between other candidates to determine who is best fit to lead Canada into the twentieth century. This happens while a war looms over Canada as the fascistic governor-general claims that they must aid Britain’s conflict to defeat what he calls, the savage and brutish Boers. But, the governor-general has to go head to head with a ‘dangerous’ and ‘traitorous’ Québécois pacifist movement. If he wants to become the Prime Minister, King must make a decision of which direction to take the nation. Will King choose to carry out the fury of his nation or will he pledge allegiance to the cultish Quebec pacifists? Or will he choose moderation and status quo for the self-proclaimed disappointment that is Canada?

This film is a hilarious parody of Canadian culture, politics and history, specifically satirizing Canada’s long history of devotion to the British. It is a very artistic film, as many times it looked more like a stage play than a film production with its minimalist and artsy sets and costumes. Its raunchy depiction of King had me cringing and laughing at the same time. The political themes that permeated it had me deep in thought. It is a modern classic that shows that moderate resilience is what politics needs. Whether or not you fully understand all the Canadian historical and cultural references, that message is universal. 8/10.