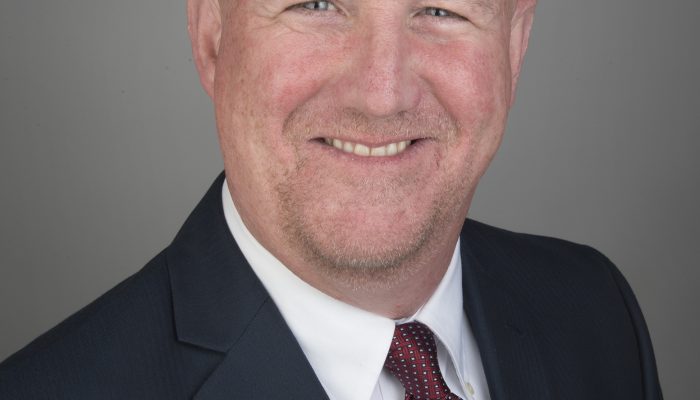 Mooney received his B.A. degree in Political Sciences at Merrimack in 1990. He also attended the Worcester Police Academy where he graduated 1989. He then received his Master of Science in Criminal Justice from Western New England College in Springfield, Massachusetts in 2000.

Prior to working at Merrimack, Professor Mooney had a wide range of experience working for the police force. He has held roles such as Police Sergeant of the Woburn Police Patrol Division, Sergeant Detective of Woburn Police Criminal Division, Sergeant Detective of the Woburn Police Vice-Narcotics Unit and Task Force Commander of the Southern Middlesex Regional Drug Task Force. These experiences enhanced his teaching ability by being able to provide his students with first-hand knowledge of the police force. This gives him the ability to use stories and experiences from his prior jobs to teach in a way that is engaging and beneficial to the students taking his courses.

“When I first began teaching at Merrimack College, it was instantly a rewarding experience for me. I had taught for many years in the police field at many levels, including the police academy, but teaching students in an academic setting was so intriguing to me. Students were inquisitive and engaged which was so inspiring,” said Professor Mooney.

Even though Mooney enjoyed teaching at the time, he didn’t consider leaving his profession as a police officer. He was only 51, loved his job, and had a lot more to accomplish as an officer.

“But as time moved on, and I taught more classes at Merrimack as an adjunct, I got to know more students and I got to know the faculty in the criminal justice program. Both the students and the faculty were amazing! Building those relationships was so personally rewarding, I began to consider the change in careers,” Professor Mooney said.

In addition to developing new courses, Professor Mooney is also going to be heading the new Merrimack College Police Academy. He feels that many young men and women in the law enforcement profession are facing tremendous challenges nowadays and firmly believes that highly educated police officers will be better equipped to manage the demands that are placed upon them at a very young age.

The Merrimack College Police Academy is slated to start in May of 2021 and will be a one year program. Merrimack’s program includes the completion of both police academy training and a Master’s in Criminology and Criminal Justice, all in just one year. Upon graduation from the police academy, people will be a Massachusetts certified police officer ready to join the police force. When applying to police departments, an academy training certification will give individuals a significant edge over other candidates.

When asked what his most notable memory at Merrimack College was, Professor Mooney said, “I have numerous notable memories thus far from teaching at Merrimack, but rather than one specific memory, I would say it is more a collection of memories from something that occurs all of the time. It is when I stay connected with my students and watch them develop into their futures. I have countless students that reach out to me on a daily basis and update me about their lives and what is going on for them. In addition, they often reach out and seek guidance in many areas. This is, without a doubt, an aspect of my job that I take incredible joy from.”

Professor Mooney has been a great addition to both the Criminology and Criminal Justice Department and Merrimack College as a whole. He is looking forward to the future he has at the College and seeing how his students flourish in their careers and lives after Merrimack.