An Interview with James Wood 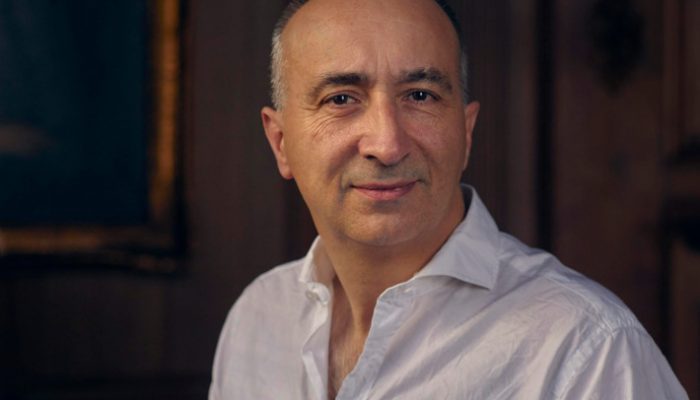 World-renowned literary critic and author James Wood came to speak about his new novel, “Upstate,” at the Writer’s House on Oct. 18.

Upsetting people is something that comes with the territory of being a literary critic, and James Wood is not immune to this. Wood has received his fair share of backlash when it comes to his reviews, but not as much as one might think. As a whole, he finds that when he writes a review, whether it is good or bad, nothing usually happens. According to Wood, people just “take it on the chin and move on,” because it’s generally considered bad form for authors to write back to reviewers.

The effect that his reviews can have on writers is not lost on him. A bad review can stunt an author’s financial, personal and artistic growth. Writers can even start to question their ability as a writer and become “paralytically self critical,” said Wood. It can also negatively affect their reputations and tank book sales if a review is particularly harsh. This dilemma reviewers face is very much on Wood’s mind every time he writes one.

When Wood started to write his own novels, he got to know what it feels like to be on the other side of one of those reviews. Other critics did not hold back after his first novel was published in 2003. Wood even admits that most of these harsh reviews were warranted as he believes his first novel was not a very good book. But the worst ones came from his home country of England because, he says, there is “kind of a lingering resentment for people who leave the UK”.

On writing his own novel, Wood said, “I think it was inevitable for me, but I certainly took my sweet time about it.” He had a hard time getting one of his writing projects off the ground and had anxiety about doing so, especially because he writes book reviews. This, along with all of the time reviewing writing takes, is why he didn’t write his first novel until he was 33 and then didn’t publish his second one until 15 years later.

Writing book reviews and writing novels are on two completely different end of the spectrum when it comes to literature. When writing a book review there is a sort of template of how to do it, such as plot summary, quotation and evaluation. When talking about writing fiction Wood says, “It is a completely free space were you can go anywhere and almost do anything.” There are no limits to writing fiction, which is something that Wood finds both exciting and frightening. He finds it pleasurable to make something that “feels well made in the confines of what we can do as makers.”

Wood has a very specific and unique way of looking at novels when he reviews them. He calls it “hysterical realism,” which is when he finds that there are too many “episodic actions” that “seemed to be working against the strength of the novel.” He states what he’s looking for in a novel is “the richness of understanding about human motivation. The sense that individuals are ambiguous and complex.” Wood likes a mixture of the tragic and the comic, not a lack of stability that is created by these actions. Think about in a movie when one crazy thing after another keeps happening and that characters are reduced to “bundles of one liners.”

Reading and writing about literature is something that Wood has always had a passion for, even when he was a child. He was drawn to it and knew that he wanted to continue being around it in his future. Wood studied literature at university, but doesn’t feel like that’s where he learned the most. “I really got my education as a kid by reading book reviews. That education was as important or more important than the education I was getting at school,” Wood explained.

Becoming a literary critic is not exactly something a child dreams of becoming, but for Wood, it is a great fit.