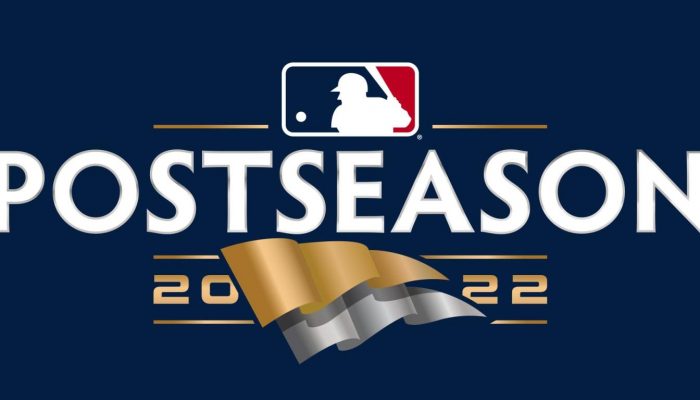 The 2022 MLB Postseason continues to be one of the craziest Octobers we’ve seen in a long time. After an eventful Wild Card round, the Divisional series continued delivering remarkable moments that baseball fans will remember for years to come. This round includes some wild walk-off hits and a few Cinderella stories that no one expected. Let’s recap exactly what happened during these four Divisional round battles.

I’ll be the first to say that the Seattle Mariners did not deserve to be swept in this series against their division rivals, the Houston Astros. The Mariners played their hearts out in all three of these ballgames, and had the lead through at least five innings in two of the three, but it wasn’t enough to defeat the juggernaut Astros. Houston Designated Hitter Yordan Alvarez continued right where he left off after his amazing regular season. Yordan has the biggest hit of this Postseason so far, with a game-winning three run home run with two outs in the bottom of the ninth inning in Game 1. This home run also completed a four run comeback in the last two innings. Alvarez also hit the game-winning home run in Game 2, as Houston won both games at home. The Mariners’ first home playoff game since 2001 was absolutely electric, but the passionate Seattle fans had to wait extra long for Game 3 to end. Through 17 innings, the game was still scoreless. In a four way tie with three other games, this 18 inning classic is the longest postseason game in MLB history. Astros rookie Jeremy Pena finally delivered the first run of the game with a home run, which led to a 1-0 Houston win. The Astros will now play in their sixth consecutive ALCS, and they will be looking for their fourth World Series appearance in that same stretch.

This was the longest series out of the four, as it was the only series that went the full five games, and two games were postponed due to rain. But on Tuesday afternoon, the Yankees would officially advance to their first ALCS since 2019 with a Game 5 win. Before that, the Yanks and Guardians split the first two games in Yankee Stadium. New York won Game 1, 4-1, thanks to a great performance from ace Gerrit Cole and home runs from Harrison Bader and Anthony Rizzo. Game 2 was yet another extra inning game this October, and the Guardians scored two runs in the 10th to secure a 4-2 victory. Game 3 in Cleveland was a back-and-forth thriller, with the Guardians coming through in the 9th inning. Down 5-3, Cleveland scored three runs, including a second walk-off hit this Postseason for Guardian rookie Oscar Gonzalez. With the Yankees season on the line, Gerrit Cole once again delivered in the clutch, allowing just two runs through seven innings, and the Yankees won Game 4, 4-2. In the do or die Game 5, the Yankees got out to a quick start with a three run home run for Giancarlo Stanton, and a solo home run from Aaron Judge (2nd of the series) to make it 4-0. New York would go on to win 5-1, and the Yankees will look for their first World Series appearance since 2009, as they face off against the Astros in a 2019 ALCS rematch.

The defending champion, Atlanta Braves, would have their hands full with a hungry Philadelphia Phillies squad. After winning their first playoff series since 2010, the Phillies continued to roll, with a critical Game 1 victory on the road. Philly had a 7-1 lead at one point, and after five unanswered runs by the Braves, the Phillies just held on to win 7-6. Atlanta responded with an impressive shutout victory behind six scoreless innings from starter Kyle Wright, and a three run sixth inning to win Game 2, 3-0. The energy would shift completely once the Phillies played in front of their home crowd however. In their first home playoff game in a decade, Citizens Bank Park was booming and the Phillies were feeling it. Braves young phenom Spencer Strider lasted just 2.1 innings in his first Postseason start, as first baseman Rhys Hoskins hit a critical three run home run, and star outfielder Bryce Harper hit a two run blast, all part of a six run third inning. The Phillies won 9-1, and the momentum was too much for the Braves. It was more of the same in Game 4, with Philly going out to a quick start thanks to a three run home run from Brandon Marsh and an incredible inside-the-park home run from J.T. Realmuto. The Phillies won 8-3, and they will continue their underdog story in the NLCS, as no one predicted the #6 seed to make it all this way, unless you’re a Phillie fan of course.

After an impressive upset over the New York Mets in the Wild Card, it would be an even taller task for the San Diego Padres to beat the 110-win Dodgers, but that was exactly what they did. After Game 1, it looked like this series was going to get ugly. The Dodgers immediately had a 5-0 lead in the first three innings, and they won Game 1 in a 5-3 final. The Padres quickly responded through, with a huge 5-3 victory on the road in Game 2. Padre third baseman Manny Machado had a home run and two RBIs, and Jake Cronenworth sealed the game with a home run in the 8th inning. In a low scoring Game 3, the Padres won the pitchers duel, as starter Blake Snell delivered in front of the San Diego faithful. He gave up just one run in 5.1 innings with six strikeouts in a 2-1 win. The Dodgers had their backs against the wall, but Game 4 was going their way early. LA had a 3-0 lead entering the 7th inning, but the Padres bats would come alive. They came all the way back to tie the game off a Juan Soto RBI single, and then Cronenworth would deliver the game-winning hit with a two-run single. The Padres won 5-3 off their 7th inning rally, and they will play in their first NLCS since 1998. As for the Dodgers, they once again wasted another fantastic regular season, as this is their first Division series exit since 2019. Absolutely no one predicted the two bottom seeds in the National League to face off in the Championship Series, but here we are. The Phillies and Padres will battle for a World Series berth in the best of seven.