Women’s History Month: Celebrating Women of Color and Activism in the U.S. 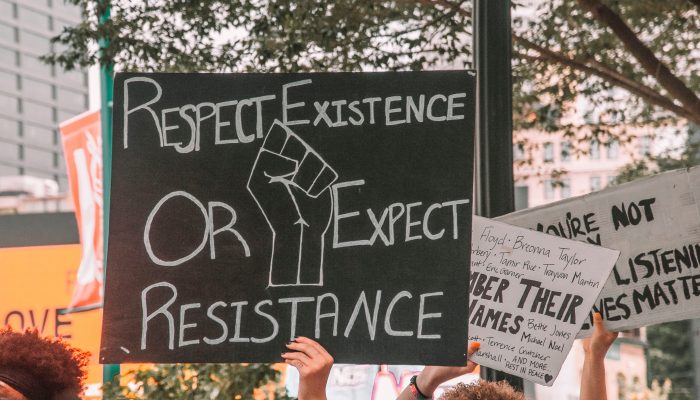 Even though women are often excluded or pushed to the back of many organizations and movements, it is important to know that women have been at the forefront of much social change and have created and led many powerful social movements! The early American women activists, many directly influenced by the “family/government structure” of the Six Nation Haudenosaunee Confederacy, include Sojourner Truth, The Grimke sisters, Lucy Stone, Harriet Tubman, and Mary McLeod Bethune.

The Mirabal sisters, also known as Las Mariposas (The Butterflies), Patria, Minerva, and María Teresa, were among the 20th century women activists. The Mirabal sisters and their husbands were murdered by the Trujillo regime in the Dominican Republic on November 25, 1960, for their work with the underground resistance, leaving Dedé, their only living sister, to raise their children. Rafael Trujillo was a dictator known for his brutality, anti-blackness, and the murder of thousands of Hatian people along the border between the Domincan Republic and Haiti in 1937. November 25 is now recognized as the International Day Against Violence Against Women for many Latin American countries.

In the 70s, Black Feminists from Roxbury came together for a series of retreats and wrote the Combahee River Collective statement. In their statement, they coined the term “identity politics” to mean that their identities as a whole were political (later known as “intersectionality”) and explained that they felt the need for Black Feminism because they saw that misogyny was an issue in the Black Power movement and Blackness was ignored in mainstream feminism. According to Dr. Debra Michals, “They named themselves the Combahee River Collective in honor of Harriet Tubman who, in her work as a Union scout and spy during the Civil War, led a group of soldiers in a raid along the Combahee River, South Carolina, that resulted in the liberation of more than 750 slaves.”

One of the original members of the collective was Dr. Margo Okazawa-Rey, who was the Keynote Speaker for Merrimack’s Women’s History Month. Her talk was titled “Reimagining Intersectional Feminism.” She is not only a transnational feminist, but an antiwar advocate and sometimes DJ! She played wonderful music from Hawaii and Palestine for us during her time with the Merrimack community. If you were unable to attend her talk, it will be available as an episode of the Living Out Loud podcast with Dr. Debra Michals.

Similar to Dr. Margo Okazawa-Rey, Haunani Kay-Trask is a transnational feminist, educator, poet, and activist who was spurred to protest the Vietnam War while in college. She became a supporter of he Black Panthers and became known for her opposition to U.S. control of Hawaii and Native Hawaiian life. Native Hawaiians had been stripped of their native language and practices once they were colonized and their Queen Lili’uokalani was removed. In 2019, Haunani Kay-Trask was awarded the Angela Y. Davis Prize by the American Studies Association (ASA).

A constant for women’s activists is fighting violence against women. Transgender folx have struggled with the same dangers. Transgender women have been documented since the 1800s but trans activism did not take off until Compton’s Cafeteria riot in 1966 and the Stonewall riots in 1969. Silvia Rivera and her friend Marsha P. Johnson were a big part of the Stonewall riots. Rivera advocated for the rights of LGBTQ folx and co-founded STAR (Street Transvestite Action Revolutionaries), a group dedicated to providing housing and support for homeless queer youth and sex workers in New York City. “Rivera’s understanding of her gender was fluid, and evolved over the course of her lifetime. Sometimes she identified as a woman. Sometimes she identified as an “effeminate” gay male. Sometimes as both, or as a third gender. But most importantly, we identify her as an important non-binary activist.”

Another activist involved in fighting violence against women is the founder of the MeToo Movement, Tarana Burke. The Me Too site explains that Burke has been working for black women and girls issues for more than three decades. She began getting involved in fighting for economic justice and against racial discrimination in the late 1980s and, later, turned her attention to survivors of sexual violence. After creating the Me Too movement to address sexual abuse and harrassment in 2006, the movement picked up in 2017 in connection to sexual abuse allegations in Hollywood. The movement continues to grow and support survivors to this day.

Recently featured on the show “The Soul of a Nation” were Alicia Garza and Patrice Cullors,two of the founders of the Black Lives Matter Global Network Foundation. Many others have taken up the #BLM hashtag and movement to protest police brutality against BIPOC, but #BlackLivesMatter was founded in 2013 after George Zimmerman was acquitted of killing Trayvon Martin. Alicia Garza wrote a Facebook post commenting on how distraught she was at how little Black lives matter. Her friend Patricie Cullors then created the hashtag #BlackLivesMatter. The first chapter was established in Los Angeles and a social movement was born.

If you are looking to learn more about activism and how to lead a movement and advocate for yourself and others, Jamie Margolin (who is primarily a climate activist) is the founder and co-executive director of an organization called Zero Hour. Their website states, “Zero Hour is a youth-led movement creating entry points, training, and resources for new young activists and organizers (and adults who support our vision) wanting to take concrete action around climate change.” Margolin is passionate about taking an intersectional approach to climate justice that connects the needs and experiences of Indigenous people and other BIPOC in their fight against corporations that contribute heavily to climate change. Like many young activists before her, Margolin proves that you’re never too young to make a difference.