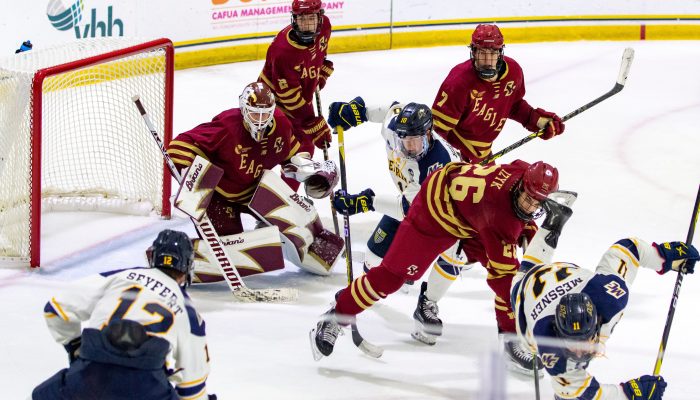 Indeed the Boys are buzzing as the Warriors shot the Eagles out of the sky over the weekend with 2 big wins. With this, Merrimack is now 6-3-0 overall in record and 4-1-0-1-1-0 in the division. It’s safe to say Scott Borek’s team has had a tremendous start to say the least.

This weekend was without a doubt a statement all around. Boston College had high expectations coming into the season with the 5th overall pick in this year’s NHL Draft; Cutter Gauthier. But that didn’t faze the Warriors at all. Here’s how the weekend went for our boys.

The first game of the double header was at Lawler Rink in a Marquee Thursday Night Hockey matchup. Merrimack didn’t disappoint the Lawler Faithful, beating BC 3-1 with goals from defenseman Slava Demin and forwards Filip Forsmark and Jordan Seyfert. Merrimack once again had a defensive showout; blocking 15 attempted shots (finished the weekend with 27 total) and killing off seven of the Eagles 8 power plays. Hugo Ollas stood tall in net (literally and figuratively) saving 18/19 shots with a .947 SV%.

The second game took place on Saturday down in Chestnut Hill where the Warriors really put insult to injury. Boston College played with a lot more high pressure and it cost them huge; giving Merrimack 7 power plays to work with. MC would win 5-2 on the back of a great performance in net by Zachary Borgiel. Who made 27 saves on BC’s 29 shots. We can’t forget how formidable this offense has been as we saw multiple point showings from forwards Ben Brar, Filip Forsmark and Alex Jeffries. Honorable mention was defenseman Mike Brown who tallied his first goal this season!

Merrimack would finish off the weekend sneaking into the Nations Top 20 rankings. Along with that they solidified the 5th seed in Hockey East with 12 points. Six points ahead of the 6th seeded Boston University.

Merrimack has the week to prepare for a back to back on Veterans Day weekend where the #38 UMaine Black Bears are looking for some leftovers in the fridge. Both games will be at Lawler; Friday at 4 p.m. and Saturday at 7 p.m. Be there and lets support our boys! 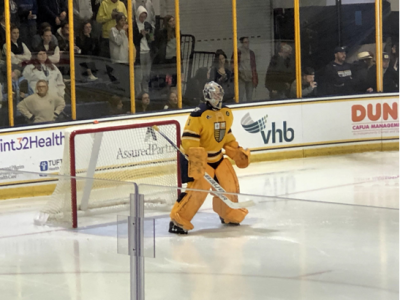 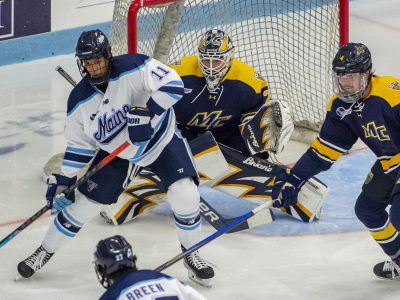 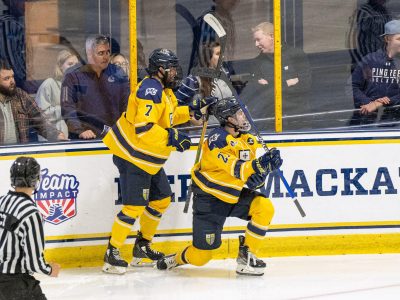 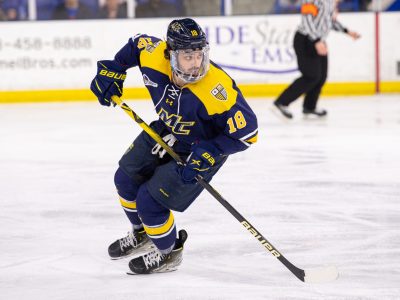