Home > News > Flying for Thanksgiving Break: It Won’t Be Easy

Flying for Thanksgiving Break: It Won’t Be Easy 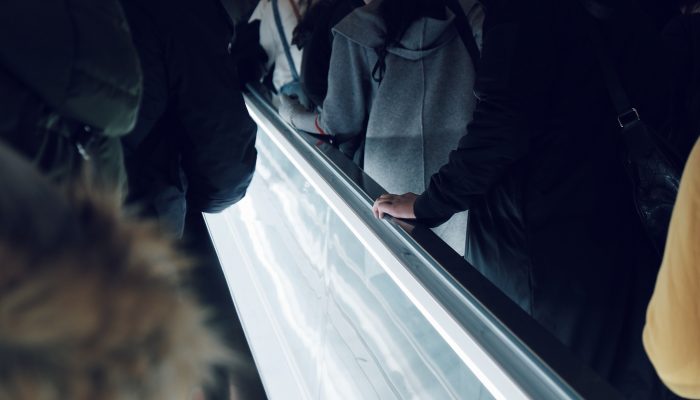 As Thanksgiving approaches, so does the busiest travel week of the year. Last year at this time, airports were seeing some of their lowest numbers, but traveling for the holidays is back in full swing this time around.

People are eager to get home for Thanksgiving, but they may find themselves in a pickle when it comes to finding a flight that is on-time for them, considering the many cancellations major airlines are having to make.

In the past few months, major airlines have been struggling to remain afloat partly because of labor shortages. Employees that remain at the airport have to balance current flights as well as work to reschedule flights for passengers to get to their destinations.

Southwest is one amongst the essential airlines that has had some flight-related issues in the past month. At the beginning of October, over 1,000 flights were canceled over one weekend due to bad weather and air traffic control, according to National Public Radio.

An additional 1,000 Southwest flights were canceled throughout the month of October, putting a damper on travelers’ Halloween weekend plans. American Airlines is another significant airline that has also canceled thousands of flights, because of staffing problems and weather. These major airlines experiencing several different types of issues has put a great deal of passengers in tough traveling predicaments.

These cancellations have hindered travel plans for many, and may continue to alter plans, with one group in particular being college students returning home for break. Thanksgiving is one of the very few occasions that many college students can go home for, especially those who live far away.

“I’m a little worried about my flight getting canceled because I really want to make it home in time to see everyone. I haven’t been home since August and I’ve been waiting to see all of my family and friends, so I’m hoping that everything goes well with my trip back,” Carnell, 18, a freshman at Merrimack College.

Travel agencies are highly recommending that people should buy traveler’s insurance, so they won’t have to spend additional money on a different flight in case their original one gets canceled. The cost for trip protection is around $25, through Jetblue Vacations. It is something to consider when one is already paying hundreds of dollars for their flight.

Another factor that may affect travel in the upcoming weeks is the vaccination mandate for all airline and TSA employees, effective November 24th. This can leave airlines scrambling for help, as the date that the mandate goes into effect is the day right before Thanksgiving.

“I understand that the ultimate goal of the airport is for its employees to be completely safe, but with the vaccine mandate I think we’ll be seeing a greater shortage of staff, which is the last thing we need right now…especially during the upcoming holiday season,” O’brien, 29, a TSA security officer at Logan Airport.

On top of the hassle that comes with booking a flight, the possibility of one’s flight getting delayed or canceled is an added stressor. This type of stress can influence travelers to rent a car, rather than fly. Renting a car may not be peoples’ first choice when it comes to their traveling method, but it can actually be the cheaper option.

It definitely depends on the traveler’s destination, but prices to rent a car are drastically lower than plane ticket prices. To put things into perspective, Enterprise’s price of a small to midsize rental car ranges from $145-250 for a week, while an hour flight from Boston to DC can reach up to $600.

It is ultimately up to the individual regarding which way they will be traveling for the holidays this season. There are pros and cons to every mode of transportation, whether it’s high prices, delays, cancellations, or long days of travel. What appears to be the best way to book a trip is to plan ahead as much as possible, and expect to make adjustments to one’s schedule.