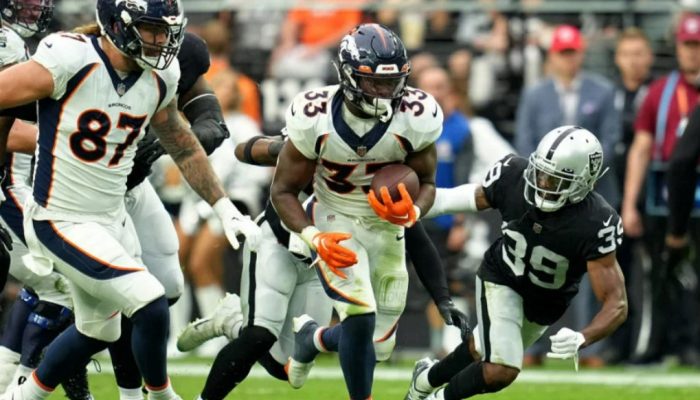 Denver Broncos running back Javonte Williams is set to miss the rest of the 2022 after tearing his ACL, LCL, and a posterior lateral corner, per Ian Rapoport.

Sports medicine doctor Brian Sutterer said that while the additional damage of a torn LCL and posterior lateral corner makes the injury much more complex, it doesn’t necessarily make the recovery time longer than the usual 12-month average.

The second year player who was taken with the 35th pick in the 2021 NFL Draft out of UNC was looking to build off of a strong rookie season that saw over 900 rushing yards and four rushing touchdowns, will now be focusing on recovery and getting ready for the 2023 season. Melvin Gordon will become the lead back in Denver despite struggling with ball security this season, as evident by his four fumbles on 45 touches (37 carries, 8 receptions).

Don’t be surprised if the Broncos make a move to get some veteran depth for the running back room.