Home > News > #YourVoteMatters and the Surge in Youth Voters

#YourVoteMatters and the Surge in Youth Voters 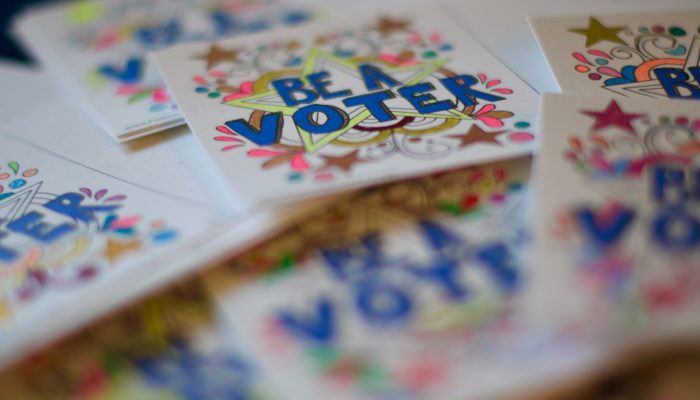 The Beacon and MCTV collaborated this year to do a #YourVoteMatters campaign. The campaign encourages students to vote and captures the many reasons why students at Merrimack voted or are planning to vote in the upcoming election.

This student-lead campaign, and well-attended campus events like the early October “How to Vote in a Pandemic” panel, demonstrate a heightened interest in voting among Merrimack College students.

But Merrimack students are not alone in heading to the polls in large numbers. Early turnout among Gen Z and Millenials is surging this year. While early voting for the 2020 election may reach historic levels across all age groups, it’s particularly noteworthy that young people are voting because they are less likely than other age groups to vote.

According to a recent poll by the Institute of Politics at Harvard Kennedy School, 18-29 years have a “historic interest in the upcoming election.” Turnout among people in this age group may be the highest it’s been in several decades. For example, people under 30 have already voted more than 800,000 times in Texas, and 66 percent of those voters did not vote in 2016.

Who are young people voting for? According to the Harvard poll, young voters favor Biden over Trump by 63 to 25 percent.

Numerous media reports indicate that high voter turnout among young people is connected to some of the biggest youth-led protests our country has ever seen, including March for Our Lives, the Global Climate Strike, and Black Lives Matter protests.

It’s also likely that young people increasingly understand why voting is so important: it’s their future and they need to play a role in shaping and protecting it.