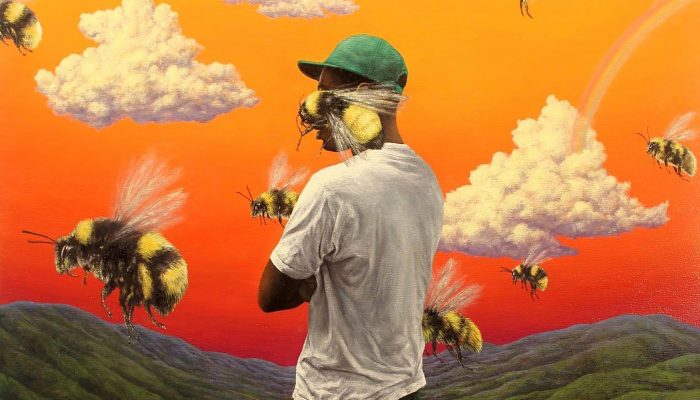 Tyler the Creator is known as a young, in-your-face rapper who purposely says things to upset every group of people imaginable. Because of this, he is repeatedly criticized for his homophobic and misogynistic lyrics. This negative public image even lead to him being reportedly banned from multiple countries, including Australia and the U.K.

However, his most recent album, “Flower Boy,” completely flips the script on his earlier controversial content. He strays away from his typical horrorcore style of rap, and instead brings a lighter, more refreshing breeze of beautiful melodies and poetic verses. “Flower Boy” dives into the world of growing up and finding one’s passions while also attempting to navigate through the unknown world of love.

“Flower Boy” created a lot of buzz in the world of hip hop because many of Tyler’s lyrics allude to him coming out to the public as gay. Some of these lyrics include, “I’ve been kissing white boys since 2004,” and “I’m currently lookin’ for ’95 Leo.” These came as a shock to people who were not part of his fan base because of his extensive use of homophobic language in earlier works. Yet close followers of Tyler know that he has gone on record about this many times, saying that he uses these vulgar words in order to take the power out of them.

“Flower Boy” also features a lot of big names, including ASAP Rocky, Lil Wayne, and one of Tyler’s best friends, Frank Ocean, who is openly queer. Positivity and self exploration are the messages that Tyler is trying to convey to his audience, and he does this through a mixture of rapping, mellow singing, and melodic piano playing.