Home > Entertainment > Why Do We Keep Up With the Kardashians?

Why Do We Keep Up With the Kardashians? 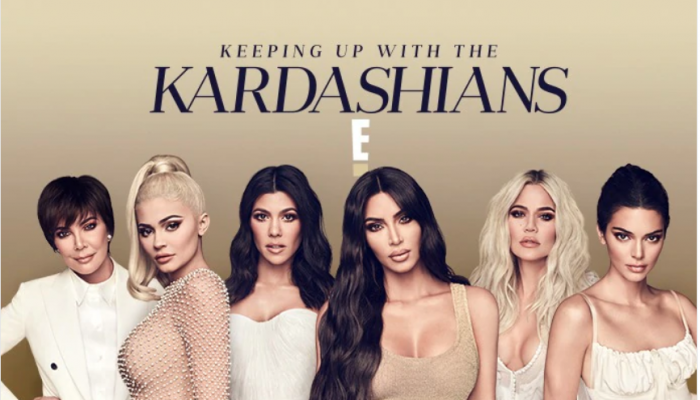 Keeping Up With The Kardashians (KUWTK) is a reality television series that has been running since 2007. Focusing on the lives of Kim, Kourney, and Khloe Kardashian. As well as brother Rob Kardashian, half-sisters Kendall and Kylie Jenner, mother Kris Jenner, stepfather (formally Bruce Jenner) Caitlyn Jenner, and Kourney’s boyfriend Scott Disick. Viewers watch the fame of the Kardashian-Jenner family grow over their twenty seasons. By having the perfect mix between comedy and drama, many agree they find the show binge worthy. However, are the values with emphasis on them such as wealth, image, and fame hurting the innermost feelings of those who watch it? While examining the representations of gender and class, this blog will dive into the cultural icon of the Kardashian-Jenner family.

As mentioned, this family is a cultural icon with the theme of their show being materialism. Keeping that in mind, do you think this family lives “The American Dream?” Which is defined as “living a life of personal happiness and material comfort as strived for by individuals in the U.S.” Some say the Kardashians never worked for their money and had everything handed to them through fame. Unqualifying them to be living “The American Dream.” Watching KUWTK gives us insight at the real life stress and countless all-nighters they face as they remain dedicated to completing all of their different work commitments.

During Season 2, a recurring topic is how Rob Kardashian does not work. His sister Kim sets him up internships through her own personal connections. Rob being immature and irresponsible, ends up being too hungover from partying to make it. His mother, Kris tries to teach her son the importance of money and how if he wants to have a nice life he has to get his priorities straight. After their heart to heart, we watch Rob continue to blow off more opportunities. The countless chances Rob gets can be symbolic of the differences between classes. Many middle class and lower income individuals would jump at the first job, but are not fortunate enough to have these types of possibilities handed to them, without working for it themselves.

Although they seem inconsiderate of the less fortunate, they do partake in charity events. They had auctions, boxing matches, and visited the Union Rescue Mission Homeless Shelter. In Season 1, Episode 7, “Helping Hand”, Khloe and Kourtney take homeless man “Shorty” home with them after finding him outside of their boutique “Dash”. They bathe him and give him their step-fathers clothes, bring him to the dentist, and lastly drop him at the shelter. The divide between classes is most evident during this episode. Reality television does have scripted scenes. Which makes you wonder what the homeless man got for appearing on the show. This episode was controversial because the amount of time and effort they put into helping “fix” Shorty is not the same treatment other homeless people recieve. With their money, they could get more homeless off the streets. Their reasoning for choosing Shorty was since he was standing outside of Dash and was scaring away customers. Homelessness is an economic problem that reality television takes advantage of for entertainment purposes.

Those who watch KUWTK are not all living in the gated California Hidden Hills, but can find relatable real experiences in the show. Such as bullying, divorce, struggling to manage a personal and work life, family, etc. The family is targeted by the media, in addition to their own camera crew, themselves and everybody in their circle are constantly followed and stalked by the paparazzi. Kendall and Kylie were just 9 years old when the show premiered. Growing up and having your life recorded takes away from your childhood. In addition to the cameras, their role models were their much older siblings whose conversations revolved around sexual topics and constant cursing.

Kylie and Kendall Jenner’s father taught them many valuable life lessons. In addition to his Olympian fame, Caitlyn Jenner was formerly known as Bruce Jenner until June 2015. There have been countless news stories following Kris and Bruce’s divorce and the transitioning of Bruce to Caitlyn. The social issues this brings up are important and brings awareness to the transgender community. Caitlyn Jenner is finally the woman she longed to be. In an interview with Diane Sawyer, Bruce publicly came out as a transgender woman, and that was when the haters of the Kardashian/Jenner clan realized that they are alot like us. Without the cameras, they are like any other family dealing with hardships. They just choose to broadcast their family to the world. We can learn by watching KUWTK, that their family dynamic was drastically changed during the divorce and coming out of Caitlyn, but teaches everyone to never be afraid to reinvent yourself and family always comes first.