Home > Entertainment > What to Watch Next on Netflix: Her Past Will Kill You

What to Watch Next on Netflix: Her Past Will Kill You 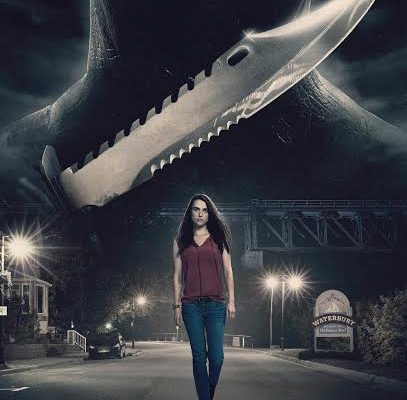 From the horror-centric network chiller comes “Slasher,” a gruesome amalgamation of the subsets of the horror genre. When Sarah Bennet decides to move into her parents’ old house with her husband Dylan, she thinks it’s the best (and easiest) way to avoid both attempting to sell the house and face her past. Both of her parents were killed in the house nearly three decades earlier. Her mother was pregnant with Sarah at the time and police found their killer, known as the Executioner, holding newborn Sarah while her parents bled out on the floor.

Despite Sarah’s attempts to fit in and start over, a new threat emerges. A copycat of the Executioner begins killing off the residents of the seemingly idyllic Waterbury before the Bennets have even unpacked. The Executioner selects his victims according to the Seven Deadly Sins, and everyone has something they need to atone for in Waterbury. Once you think you know who the killer is, they turn up dead in some grossly yet creative way.

Over the course of the eight episode first season, Sarah (Kaite McGrath) nearly drives herself to the brink of insanity trying to solve the murders, save her marriage, and unravel why her parents were killed. This show features everything from NSFW tapes, an odd small town full of secrets, drama, gore galore, and entire subplot worthy of “Criminal Minds.” The final episode leaves off on just enough of a cliffhanger to keep you wondering. The bloodbath begins and ends on Halloween, so there couldn’t be a better time to binge on “Slasher.”

Fun fact: The opening scene of the series shows a carved pumpkin that is an exact duplicate to the beginning credits of John Carpenter’s “Halloween.”