Home > News > What a Whirled 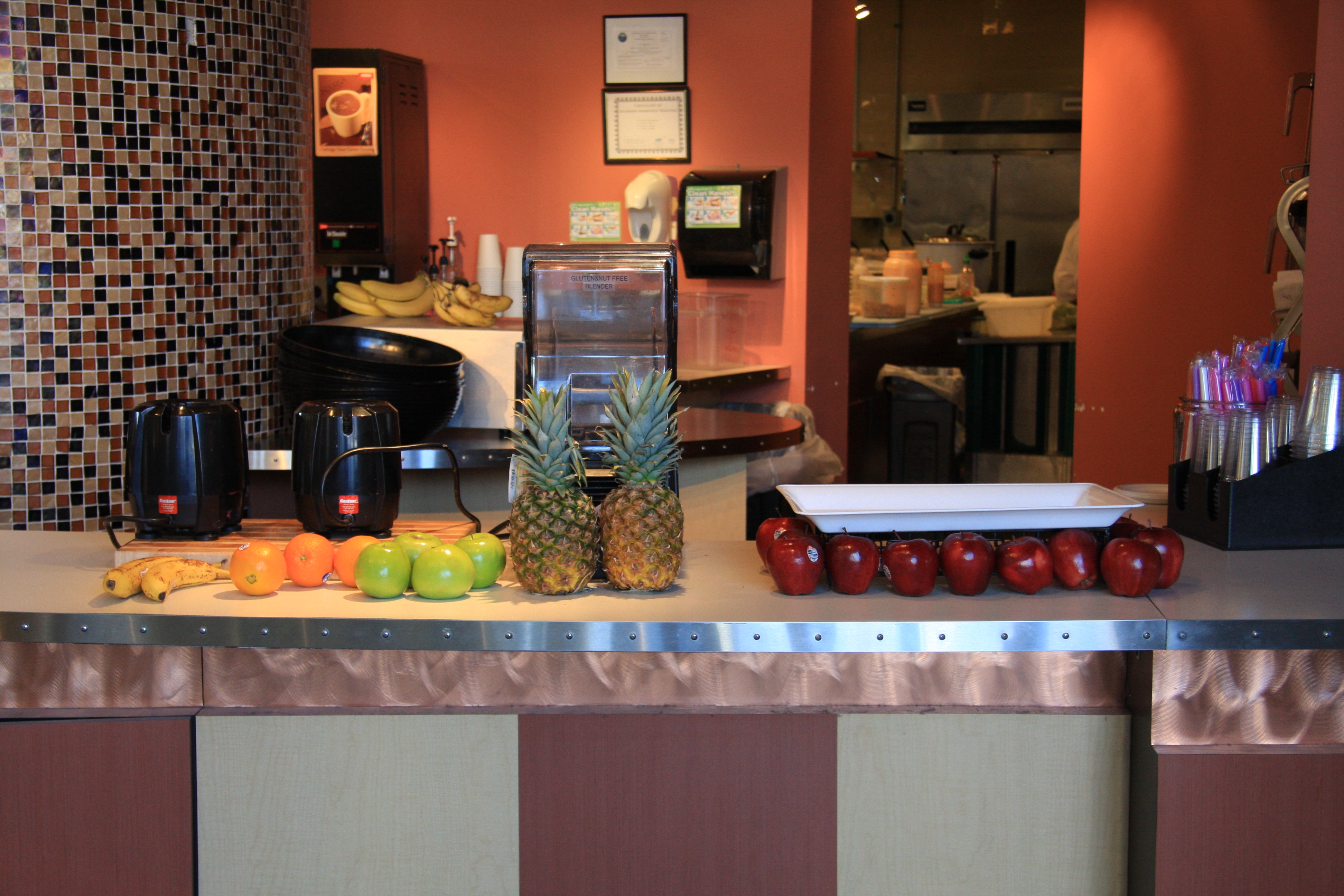 The new smoothie section at the Warrior’s Den

As almost all students have noticed by now, there has been a change made to the Warrior’s Den in the Sakowich Center. “Warrior Whirled,” the new smoothie station, has been a welcomed addition by the student body and has received stellar reviews from those who have made purchases there.

The reasoning behind the installation of this station was that it was actually widely suggested by the student population on the campus dining survey sent out by Sodexo. The general manager of the campus dining office, Michael Newmark, stated, “When we would have smoothies featured in Sparky’s Place for smaller events they were always a huge hit. Then when we went over the dining surveys it turned out that a lot of students wanted to see a smoothie station on campus.”

“Warrior Whirled” offers a different featured smoothie flavor every day and always has sample cups on display so those who are passing by can see if they like the day’s flavor. When asked what they thought of the new smoothie station, student Nick Rampino said, “I think it was a good addition because it adds an option for a healthy snack that also tastes good” and student Thomas Staffier responded, “The smoothies are a great option if you want to grab something refreshing on the go.” A common statement among other students who have purchased smoothies is that “the service is quick, the smoothies are good, and they are a reasonable portion for the price they are offered at, which is $3.99.” “Warrior Whirled” is open between lunch and dinner, from 12pm to 8pm so come on by and see what all the buzz is about.