Opinion: We Should Celebrate Indigenous Peoples’ Day, Not Columbus Day 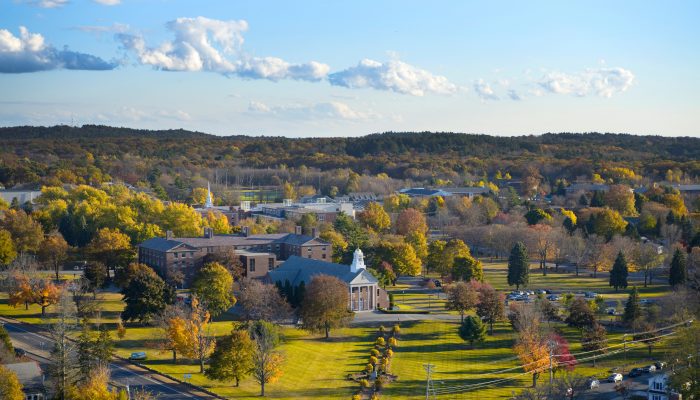 Last Spring, I went on a Merrimack College led service trip to the Pine Ridge Native American reservation in South Dakota. We were supposed to be there for a week, but we got caught in a blizzard that made it impossible to leave the reservation for another two days. The blizzard and resulting flooding affected the Pine Ridge community in ways that it would have never affected us here in North Andover or any other town that hasn’t been completely neglected as many low-income communities of color often are.

Indigenous peoples are suffering everyday as a result of this discriminatory system of neglect. The Oglala Lakota people were left stranded wherever they were for weeks with little to no resources, and we must acknowledge that it took much longer than it should have for them to receive the aid they needed. The climate crisis has also exacerbated the many existing problems on the Pine Ridge reservation, which has been described by many as suffering from third world conditions. People were dying and many had lost their homes, but there was scarcely any media coverage documenting the tragedy and bringing it to light.

This prevalent ongoing issue of selective visibility blinds us to injustices and atrocities committed throughout history, because we are always fed stories that glorify the winners. Our limited knowledge of Christopher Columbus and his voyages indicates that we were only ever taught those events in history from the colonizer’s manipulated viewpoint; one that completely erases true history and silences Native voices.

Columbus did not “discover” America because he couldn’t have discovered land that was already inhabited by indigenous peoples. He also never set foot in what became the United States, but only ever explored the Caribbean as well as parts of Central and South America, decimating those indigenous populations. Anyone educated at the time already knew the Earth was not flat, and he did not bring “civilization” to indigenous peoples, but only facilitated their forced assimilation to European cultural norms and gender roles.

Eventually, Columbus was removed from power and imprisoned by Queen Isabella and King Ferdinand due to his tyranny, brutality, and gross misgovernance, yet we have placed him on a pedestal to be celebrated.

Calling the second Monday of October Columbus Day celebrates the colonization, genocide, rape, and enslavement of indigenous people. Officially recognizing it as Indigenous Peoples’ Day, however, would educate us on Native peoples’ histories and current treatment, commemorate their contributions, and celebrate their cultures. It’s a step towards acknowledging the atrocities committed, moving towards progress, and finally making things right.

If Merrimack College is going to continue making progress towards being an institution that prioritizes diversity, inclusion, and social justice, we need to make this change.