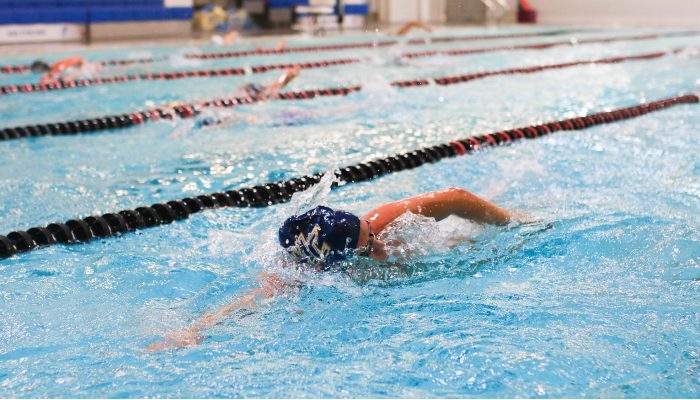 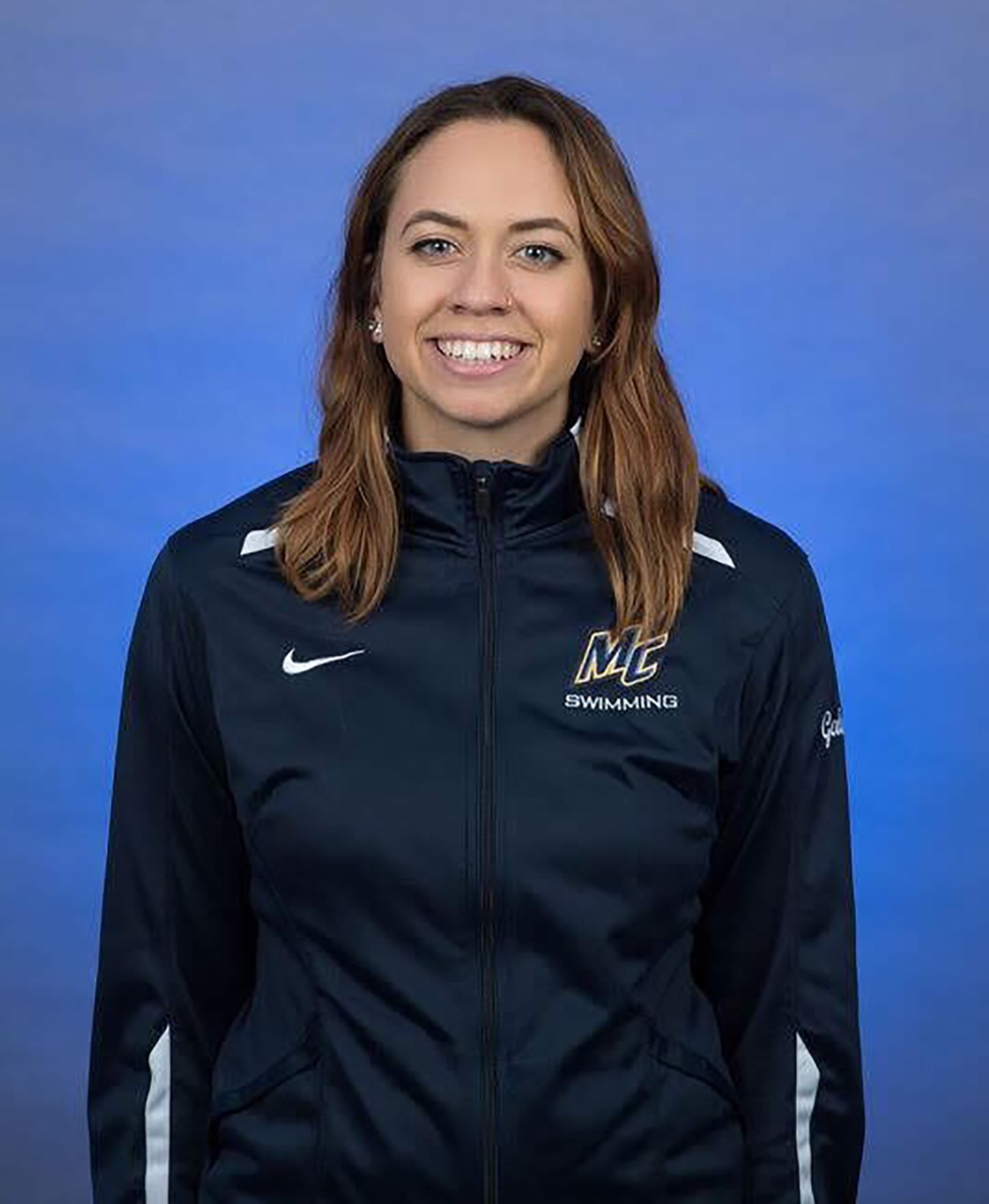 Taylor Galusha is a Junior on the Merrimack Swimming team. Taylor is from Wethersfield, Connecticut, where she swam for both for the high school team and the Blue Devil Aquatics club team. Galusha swims both breaststroke and freestyle, and as a Sophomore she broke the school record for the 50 yard breaststroke. Galusha has been battling injuries for her whole career and is currently out for the entire season this year with a hip injury. She is hoping to make her comeback as a senior next year.

How did you first get involved with swimming?

Growing up I tried a bunch of different sports, but most of my friends were on swim team at this pool club up the street from me so my mom kind of just plopped me in at six years old. I just started doing it and just stuck with it. I tried other sports like softball, but I stuck with swimming I did it all through high school now here at Merrimack.

When did you start to think you could swim in college?

I actually never really thought about swimming in college until my junior year of high school. I started getting emails from different teams and then my high school coach mentioned to me that it could be good for getting scholarship money and it was something that I enjoyed doing so I wanted to keep doing it. It was fun to be able to continue because you can’t really do it after college, it kind of fissles off.

It’s been very interesting because the team started only a few years before I got here my freshman year, it was a lot smaller than other teams i’ve been on like my high school team and different club teams that I have swam with. But watching it grow the past three years into the program we are today, we went from my freshman year not winning any meets to winning a few last year, and we’ve been winning kind of consistently this year that has been super exciting and it makes you look forward to the progress were going to make next year my senior year. Yeah, it was something that I was looking at for choosing were I wanted to go, being able to grow a good culture of a team, a young team, growing it into what a good team should be, it’s been fun.

What’s the most frustrating thing hat has happened in your swimming career?

My junior year of high school I injured my shoulder, my shoulder has been a consistent thing that I’ve had injured, my freshman year here I missed NE10’s in the second half of our season because of my shoulder injury. But at the end of last year my hip started bothering me and that kind of came out of nowhere. I’ve never really had any issues with my hip, so this year’s been super frustrating not being able to swim and having to watch from the side of the pool. But i’m getting through it and hopefully i’ll be able to swim next year and join the team again.

Swimming is very frustrating because you are by yourself most of the time, I mean your swimming with your team but you can’t really talk to your teammates while your swimming because your in the water. Your very in your head, it’s more of being able to stick with it, no matter what’s going on whether its injuries or a tough practice, just putting your head down and just keep swimming, as dory likes to say.

Is there anything you think of while your swimming?

It ends up being a lot of math in your head, calculating how long till practice will end and how much is left in this set. In high school we had under water speakers that our coach would use every friday to play music. You start singing songs in your head and you forget what lap your on and you just try to make sure your not the first one done swimming.

What are your plans for swimming after college?

I’ve been coaching the swim team that I grew up swimming with the past two summers and that’s something I would definitely be interested in doing on the side no matter what career I end up going down. If I can be involved with swimming, whether it’s helping coach, coaching my own team, or whatever kids I end up having if they end up swimming. Just kind of sticking with it in some form, it’s good exercise, but my body is kind of breaking apart.