Throughout her four years as the outside hitter on the Merrimack volleyball team Stephanie Sheehan has been easily one of the most dominant girls on the court. Her team has enjoyed much success making it all the way to the Northeas 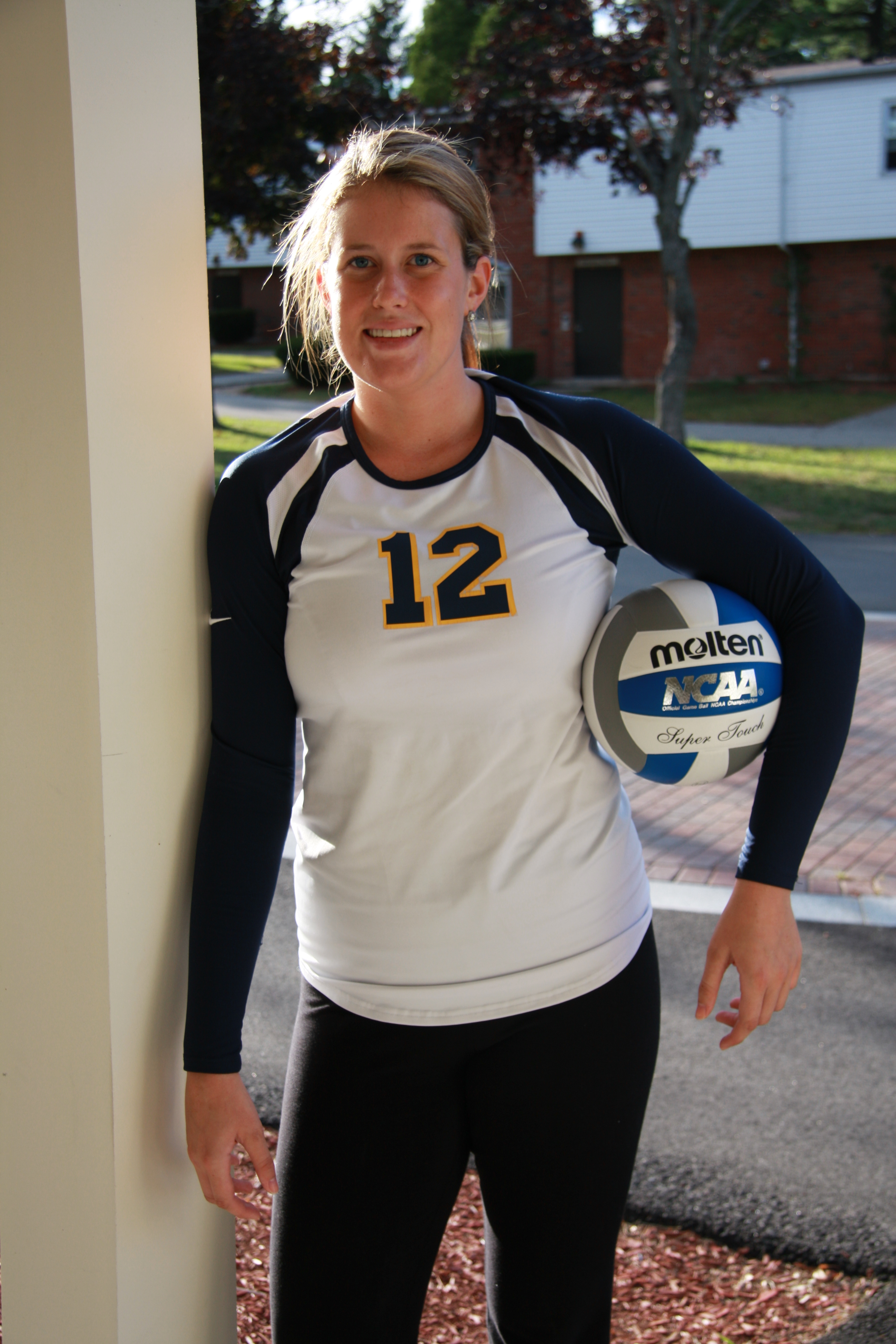 t 10 Championship. Stephanie also holds a few school records and is on pace to break a few others. It’s safe to say that Stephanie has left her mark in Merrimack’s volleyball program. Let’s get to know a little more about Stephanie in a brand new edition of Warrior Spotlight.

Q: How does it feel after being recently named NE-10 player of the week?

A: I think it’s a good honor, but it really comes from my whole team. I couldn’t have got there without my setter or passer, so it’s really a team award.

Q: After going to the NE-10 championship last season, what can you say about your team this season?

Q: Why did you choose volleyball?

A: Volleyball has always been in my family. My cousins played in college, and I always watched them play since I was little. I played softball and basketball, also but I enjoyed volleyball the most.

Q: When did you start playing volleyball?

A: I started playing on a team in sixth grade, but I had played in camps since third grade.

A: My birthday is January 12th.

Q: What’s been your most memorable moment at Merrimack so far?

A: Definitely going to the finals last year. Even just winning a quarterfinal and then semifinal game and then going to the championship.

Q: What has your experience been like at Merrimack these four years?

A: Really good. My freshman year I had a hard time being away from home, but I’m glad I stuck with it. I couldn’t picture myself anywhere else.

Q: If you could play any sport besides volleyball what would it be?

A: I would have to say basketball because I’ve always played basketball. It’d be a good choice.

Q: Where are you originally from?

Q: What’s your favorite thing to do on your free time?

A: I would say playing volleyball.

Q: If you could switch lives with any celebrity who would it be and why?

A: I would have to say Blake Lively. She seems pretty nice and she’s pretty.

Q: What would be your dream vacation?

A: Greece. It’s pretty from what I’ve seen in pictures.

Q: If you could give advice to anyone starting volleyball what would it be?

A: If I could give advice to anyone starting volleyball, I would say to go to as many camps and clinics as possible and to play whenever they get the chance. Just like anything you do the more you practice, the better you get. I would also tell them to never give up and to stick with it even if they think it’s hard.