Home > Entertainment > Visual & Performing Arts: How I Learned To Drive

Visual & Performing Arts: How I Learned To Drive 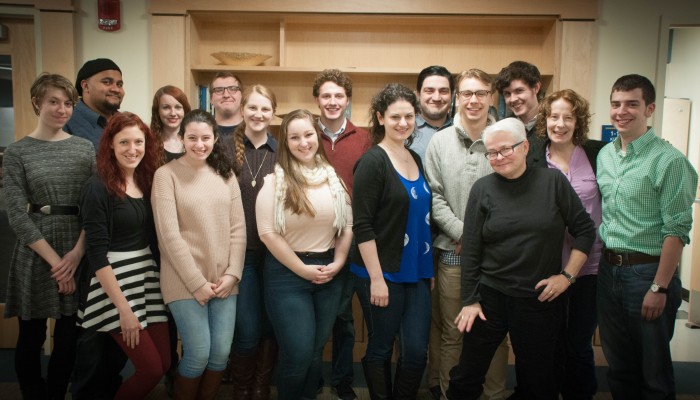 The Visual and Performing Arts at Merrimack are soon putting on Pulitzer Prize winning Paula Vogel’s play How I Learned to Drive. Nate Vilandre is directing the piece on campus. “How I Learned to Drive is a play about a relationship between a young, intelligent woman, and her Uncle. The play tells the story of their relationship and comments on sexual taboos, family dynamics, feminism and sexual assault,” Vilandre said.

“I describe myself as a character director, and How I Learned to Drive fits into what I do. I start with actors by doing table work, introducing articles discussing the topics within the show. We create a report by building cast chemistry and trust. From there, we create the show. This show is significantly driven by the characters. What drew me to this play was the taboo subject and the social justice component. I like working on a piece that tells a story that needs to be told, and this is certainly one,” Vilandre said.

“My director and I sat down early in the month of January and simply broke down what makes up Uncle Peck,” said Griffen Ostrowski who is playing the lead role, Uncle Peck. “In order to prepare myself to play the character Uncle Peck in How I Learned To Drive, I needed to do a great deal of digging into the layers beneath the surface. Most people see him solely as a monster, and a pedophile. However, what my director really highlighted for me was that pedophilia in itself is a mental illness. Therefore the first thing I had to accept when playing this character is that Peck is not a monster,” said Ostrowski.

Mick Lonati is playing the role of Lil’ Bit. “To prepare for this role I did a lot of research with my director and fellow actors before we started our rehearsal process…This show is full of complex relationships and nuances, and I personally combed through the script beforehand to prepare myself as best as I could,” said Lonati.

Pulitzer Prize winning Paula Vogel recently came to Merrimack and worked with the cast and crew of the show, working with the cast on their roles.

“Some of the words that Paul Vogel told me when I was fortunate enough to speak to her was that Peck has been heavily affected by his experience in the war. No one really knows what he saw, or did, and he never shares it in the play,” said Ostrowski.

“The biggest thing I took from Paula Vogel’s visit was the support that she expressed at my interpretation of this character. Even though I had some different interpretations I felt so supported by the author in all of my choices and while I heard what she said about how I was not the character, I felt that she approved on my decisions. I was so glad to talk through such a complex character with Paula Vogel, and I am so excited for everyone to see this powerful show,” said Lonati.

Vogel also spoke at the writers house during her visit where she encouraged students and faculty to write.

“I resisted playwriting for a very long time” Vogel said “we are taught in this culture to sensor what we love”, but she encouraged students to follow their passion. She even goes further and talks about failing as a writer. “It’s good for a war story, a joke, and a drink” Vogel says.

Opening night for “How I Learned to Drive” is March 10th at 7:30PM at the Rogers Center.