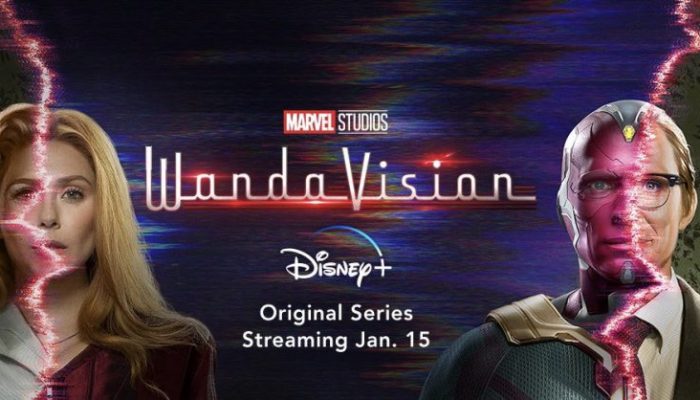 WandaVision is the first of many television series to be created by Disney and Marvel in hopes of moving the MCU (Marvel Cinematic Universe) to TV, where  certain heroes get to tell their stories in an entirely different fashion. The show, based around Wanda Maximoff and Vision, took jabs at many old time television shows from The Dick Van Dyke Show all the way to The Office in one of its last episodes.

WandaVision is  something completely different in the world of Marvel because it only gave a little at a time, making fans wonder what would happen next with cliffhanger after cliffhanger. The story overall basically tells the world who Wanda Maximoff is, the grief that she has dealt with in her life, and her goals to try and find happiness — even if it isn’t based in reality.

Maximoff, played by Elizabeth Olsen, grows episode by episode along with the story unfolding, as fans of the show quickly learn much of what they are seeing is not real. Outside of this is the real world, and she has turned the town, Westview, into her own personal, television playground to try and live the life she always wanted with her love, Vision. Of course in all superhero movies there needs to be something to ruin those plans. I believe many viewers were shocked that it wasn’t someone of massive importance in the Marvel canon trapping and controlling people in Westview, but rather the grief itself that controls Wanda. Well, grief and Agatha Harkness.

It is Agatha that does her best to throw things off inside Maximoff’s perfect world, which spices up the show that much more in the final weeks. Harkness, a witch, wants to understand how someone like Maximoff is able to do these incredible things so that she can do the same. And in dealing with this, you have SWORD from the real word trying to take Maximoff in as a prisoner. There is so much going on but it all makes sense. The end of the show depicts Maximoff losing her hopeful life to gain so much more. While Westview returns to normal, Maximoff understands who she really is: the Scarlet Witch. Fans of Marvel understand how important that is moving forward.

WandaVision is a show you need to check out for yourself, even if you are not necessarily a Marvel fan. The callbacks to the classic TV shows will make anyone interested and the story will inspire anyone. Olsen is masterful in this role and there’s hope from many fans that she can win some awards from this performance

Considering this is the beginning of the MCU in television form, it is a knock out of the park and a must-see for all.