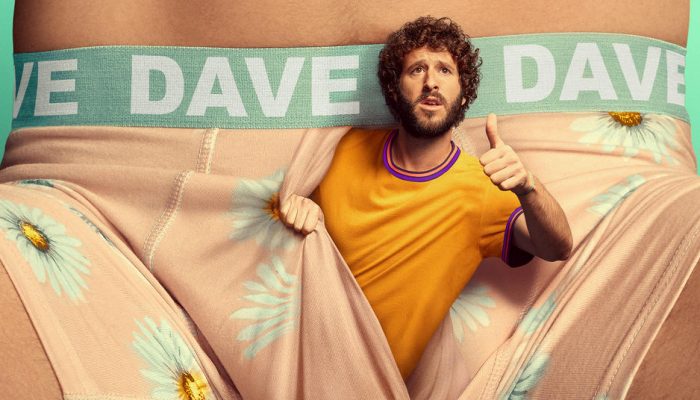 The FX show Dave is more than just small dick jokes or Dave having awkward interactions with rappers like YG, Young Thug, and Gunna. Dave is one of the more unique episodic TV shows in recent memory. It smashed the expectations of the FX network and gladly takes the rating crown each week a new episode airs. Dave Burd is known for his hilarious comedian rapper ways, always referring to his so-called “small dick.” The show Dave is not only about Dave’s drive to become a big-name rapper, but it also shows its sense of heart by tackling real-life issues.

The fifth episode of Dave, dives deep into the character analysis of Dave’s hype man, “Gata”, and his struggles with Bipolar Disorder. After watching the first four episodes, the reveal of Gata’s disorder caught me off guard in the best way possible. “Hype Man” episode is the first one that is solely not focused on Dave’s life and career. When we first meet his character, we view him as someone that is the complete opposite of Dave Burd. He is a black man with dope style and once made a song with Lil Wayne, supposedly… For those that don’t know, “Gata” is actually Lil Dicky’s real-life hype man, so it even makes this episode more emotional. The episode cues a flashback to when he was a hype man for another rapper, but it didn’t work out due to his extremely hyper energy.

The rapper Pacman had enough of Gata’s hyper-activeness and told him to settle it down. He replies to Pacman saying, “I don’t get paid to be calm, I’m a hype man.”  As the episode moves along, we get another flashback but this time it explains how Gata was diagnosed as bipolar. After being confronted by a man whom he owes money to, he ends up returning the shoes he just purchased to give the man his money. Eventually, Gata starts to go into a fit of rage and gets tackled by security to restrain him. One of the more emotional scenes is when he wakes up in the hospital, surrounded by the doctor and his mother. The scene takes an emotional turn when he says, “You’re just sitting there looking at me, letting the doctor talk to me like I’m some stupid person like I’m just crazy.”

The end of the episode is one of the more wholesome moments in television history when he finally breaks down his disorder to the group. Gata increased his medication too much in an effort to prevent himself from becoming too hyper since he’s clinically bipolar. The group reaction is as sincere and loving as possible, as they said, “We appreciate you sharing all of this with us.” Gata getting that acceptance of being different than others and still having the support was emotional. The episode tackles Bipolar Disorder in such an empathetic representation even better than Ian from Shameless in my opinion.

The stigma of mental health is still widely disregarded when it comes to television. Only in recent years, the topic has been talked about in shows like Shameless, Crazy Ex-Girlfriend, Lady Dynamite, and now Dave. Dave’s depiction of Bipolar disorder and how the show empathizes with Gata. Shameless’ characters Ian and Monica show accurate depictions of Bipolar, they go from being elated and motivated to all the sudden unresponsive. Although they showed accurately the effects of Bipolar, Gata actually having the disorder really puts it in perspective.

The episode concludes with Gata being open and honest about his struggles making it easier for Dave (and presumably the audience) to understand what Gata endures on a daily basis. Dave comes up with an idea to set up a pre-concert video which features himself and Gata speaking on their issues they go through. The series trajectory unexpectedly went up from there. People began to realize that this show can be more than hilarious dick jokes or pure awkward situations the show’s characters face.

Dave’s first season was wildly successful, dominated each week’s FX ratings, and people’s desire for more Lil Dicky music became stronger. Well, the man with the small dick has caught the attention of about 5.32 million viewers a week. Dave surpassed Donald Glover’s popular and critically acclaimed show Atlanta. The show announced that it has been renewed for its second season and will be coming sometime this year. Being a fan of Lil Dicky before this show really shows how much his fame has grown into being one of the more beloved comedic rappers in the industry. If you haven’t tuned into this show yet, I suggest you do yourself the favor of doing so, you will not regret it.