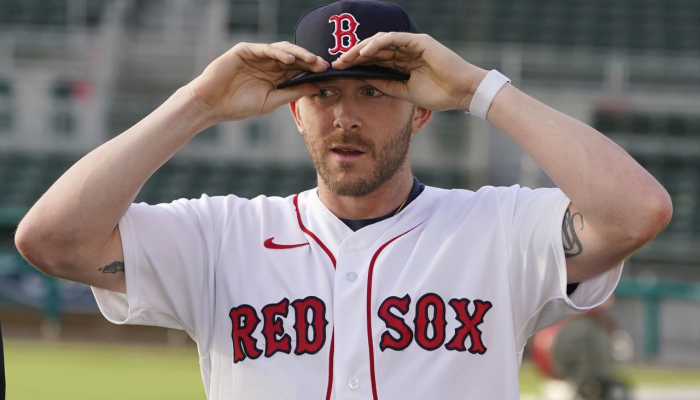 Writing a New ‘Story’ in Boston

The MLB is finally in agreement with a labor deal, which means baseball is officially back, with spring training already in effect. In the last couple weeks, we’ve witnessed some of the game’s best players enter free agency and start a new chapter in their career under a new organization. Players like Freddie Freeman, Carlos Correa, Matt Olson and more have begun a new transition of playing with a new city. The most recent signing that has fans and other teams talking about his former Colorado Rockies shortstop Trevor Story signed a 6 year $140 million contract with the Boston Red Sox. This was shocking to say the least for some MLB fans and Boston fans alike. The Officer Chairman for the Sox, Chiam Bloom was keeping everyone questioning if he was capable of spending the big bucks on an All-Star player to add to the team and he has shown that with extreme aggression. The excitement to see Story in a Red Sox ball cap has all of Boston anticipating opening day more and more.

How does Trevor fit in the Red Sox system?

With Trevor joining the team, there remains a question on where he will play his position. The Red Sox are already in favor of keeping their 2 time All-Star Xander Bogaerts  in continuation to play Shortstop. That decides the only situation to send Story to Second Base for his defensive side of the ball for the first time in his professional career. There could be some worries on how Story will be adjusting to second base as it is much different then what he expects from shortstop. However, there is no question that Story’s defensive capabilities are substantially good, we have witnessed the 29 year old make some mind blowing plays during his time as a Rockie. The worries for his adjustment should be a minor factor, and it’s only exciting to imagine what great plays he will have in store for the 2022 season in Boston. For some players who change teams after playing a majority of years in Colorado, there can be some worries about their ability to adjust to the climate change that is so different from the Mountain state. It’s no surprise that Story has a very impactful swing of the bat, last season he recorded 24 home runs and 75 runs and 132 hits in total.

Looking ahead, the Red Sox now hold one of the best infields heading into the 2022 MLB season, with All-Star third baseman Rafael Devers, Xander Bogaerts, and second year first baseman Bobby Dalbec to be out there with Story will make the transition more comfortable and enjoyable. It’s only a few more days until the regular season will be open to fans and sports lovers around the world, and the anticipation to see the new players in the new threads is truly nothing short of exciting.