Home > Opinion > Opinion: Top 10 Places to Have a Class on Campus

Opinion: Top 10 Places to Have a Class on Campus 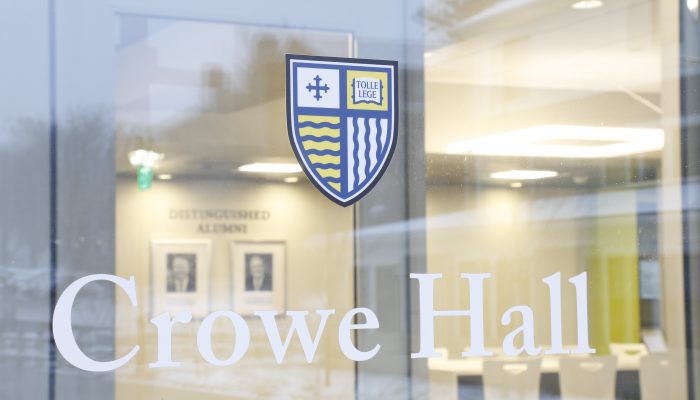 If you find yourself having bad luck, you may wind up in the unfortunate situation of having class in the basement of the old freshman dorm “Ash Center.”

When it comes to the room itself it is nice. Although you’re on the second floor of O’Brien, which is now a residential hall, and taking classes right next to the students’ rooms.

The Deegan West classroom is not as bad as the O’Brien and Ash classrooms. Even though you still find yourself leaning in a dorm next to students’ rooms.

O’Reilly is a pretty good place to have class. It’s just that it’s an older building so it falls to number seven on my list.

Similar to O’reilly, Sullivan is an older brick building, but I put Sullivan at six just because it has a nicer view of the street, which when we find ourselves occasionally dozing off, it helps to have a view.

The Mcquade Library has a large auditorium space in the basement and finds itself being used as a classroom. There is also the Alden Lab on the third floor. It’s a nice place to have a class because you’re in the middle of campus and there’s even easy access to food on campus.

I like to refer to Cushing Hall as a nicer version of Sullivan. The building is nice and this is where you can find the home of the Communication and Media department, along with the media center, the Mac Lab and the TV studio all on the second floor. The best part about it though is its vibrant green walls!

Palmisano is a very cool building with a great spatial layout. The professors’ offices are all easily accessible there and the labs and classrooms are in the heart of it too. The big labs really make it a great place to have a class.

The state of the art classrooms and high tech simulation labs make the nursing building one of the best places to have class on campus. The only reason why it’s not number one is because it’s only for nursing students. Oh, how lucky they are.

Without a doubt the best place to have a class would be Crowe Hall. The classrooms in this building are huge and super nice. You definitely feel fancy just walking into the building, and it’s one of Merrimack’s newest and nicest buildings on campus. Everyone wants to have a class in Crowe.