Home > News > The Significance of the 2021 Boston Mayoral Election

The Significance of the 2021 Boston Mayoral Election 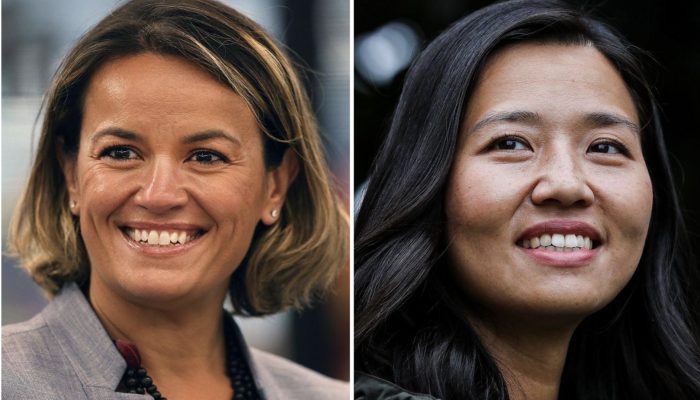 History is about to be made in just two weeks in Boston, Massachusetts, with this year’s 2021 Mayoral Election. The voters in Boston have narrowed their choice down for the first time in over two centuries to two women candidates of color, Michelle Wu and Annissa Essaibi George.

This election is different from others and is so significant. The city of Boston has never elected a woman or an Asian American as their mayor, it has always been a white male. The winner of this election will soon become Boston’s first elected female mayor in history.

Anne Flaherty, the Associate Professor of the Political Science Department at Merrimack College, expresses how she has been paying a lot of attention to this year’s Boston Mayoral race, and that it is definitely different and unusual from other mayoral elections in the past.

“We often see high profile electoral competition between predominantly white and predominantly male candidates. Last spring, the race had four women and two men. All identified as part of immigrant and/or minority groups,” Flaherty says. “All had political experience. All were emphasizing issues of education, poverty, and inequality. It was remarkable to see such a breadth of backgrounds across the candidate pool, even if their policy platforms may have been more similar than they were different in some ways.”

Flaherty also expresses her knowledge about the two female candidates and how their backgrounds have some key similarities. She states that both candidates emphasize their identities as mothers and as children of immigrants.

“Michelle Wu went to law school, has been on the Boston City Council and worked on Elizabeth Warren’s campaign. Annissa Essaibi George has served in the Boston City Council and has background as a teacher and small business owner. On the broad ideological spectrum they are not that different, but they do have distinct issue positions,” Flaherty says. “Wu is more progressive, Essaibi George is more moderate. This comes out in some different areas, but one that has gotten a lot of attention in the press and in debates are their different proposals for how to enact reform in the Boston Police Department.”

A poll conducted by Suffolk University for NBC 10 Boston and The Boston Globe had Wu at around 62% of the support for likely votes, and Essaibi George at around 30%, giving Wu a lead of 32%. This is a significantly big lead for Wu, with only around two more weeks to go until the final election.

Michelle Wu escalated towards the top after the preliminary election, making her Boston’s current first choice.

“The current favored candidate is, and has been for a bit, Michelle Wu. Polls of prospective Boston voters have consistently put Wu ahead, and it is pretty significant,” says Flaherty.

Early in person and mail-in voting has already started and ends Friday, October 29th. Election day will be held on November 2nd, 2021, and the final winner will be the first woman and person of color to be elected mayor in Boston city history.