“The Revenant”: Book vs. Movie 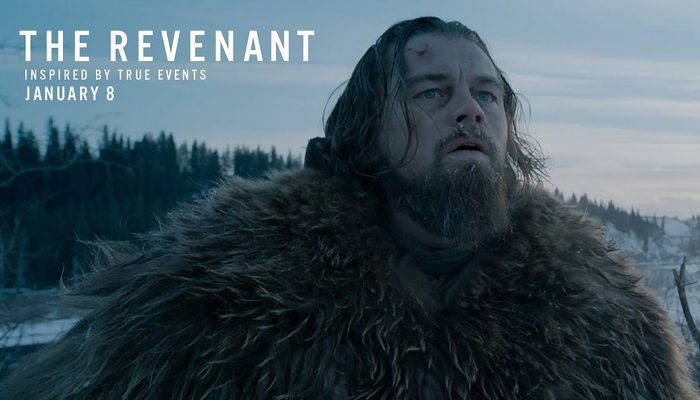 Whenever a movie is made that is based on a book there is usually going to be one question: which was better, the movie or the book? One of these examples is “The Revenant,” which came out in 2015 and was based on a book of the same name. I am here to tell you why the book is so much better than the movie. If you haven’t read or seen “The Revenant,” this is your warning that the rest of this review contains spoilers!

These two adaptations are based on the story of a man named Hugh Glass, who killed a bear after being attacked, but was mauled in the process of doing so. He was picked up by the bear and thrown while also being badly lacerated by the animal’s sharp claws. Two men of the group Glass was traveling with stay behind to bury him—assuming that he is bound to die from his injuries—but then leave before making sure… and Glass survives. They didn’t leave Glass with any food or weapons, and they even took his prized rifle that he always had by his side. He was on the brink of death, but survived and ended up crawling 200 miles to the nearest fort in pursuit of the people who left him. In the end, he does catch up with the men who abandoned him, but instead of seeking revenge he spares their lives.

The exact details of the mauling and Glass’s journey are disputed, but the author Michael Punke did his best to get the facts right. The book is a great read, with Punke using great detail to describe the bear attack and the battle the Glass had against the bear and nature itself. His detailed description of events is a huge part of what makes this a great book. At one point, Glass has to allow maggots to eat of his dead flesh in order to survive. While this is happening you are inside Glass’s and you can “see” the struggle that he goes through to let this happen without scraping them off his back. He sets a broken leg and eats raw meat, and the reader is inside his head experiencing it with him.

It is such a great story because you feel like you are there with Glass as he is crawling through the woods and trying to come up with plan to survive. He was out there all by himself, so there is little-to-no dialogue with other characters in the book. So, you need to be able to read and understand his thoughts to really get the full experience of what happened. While these might not be Glass’s actual thoughts when he was going through this ordeal, they are necessary to the story. Without them this book would just be a retelling of what happened instead of the epic journey that it was.

Although I said at the beginning of this article that I think the book is much better than the movie adaptation, that does not mean that I did not think the movie was also good. It’s just that the book is better. I’m also not saying that Leonardo DiCaprio did a bad job in his role playing Glass. I think he was great in the part he was given, but the revised plot and the lack of dialogue are the biggest problems in the film that make the book better.

“The Revenant” follows basically the same plot as the book, but with one major difference. In the movie, Glass has a son who is half-Pawnee. As I stated earlier, it is not exactly known what happened to Glass, but he absolutely did not have a son with a Pawnee woman. The whole story of “The Revenant” is supposed to be about revenge, and what lengths a man will go to too survive and get that revenge. But it was lazy to make the revenge story about a the death of his fictional child, and it changed the whole mood of the movie. Throughout his journey, Glass sees visions of his dead son. This is the writers trying to find ways to advance the plot through spirituality while in the book there is nothing along these spiritual lines. They real story of Glass surviving just to find the men who abandoned him was all that the movie writers really needed to make a great film.

In the book, Glass allows the men who left him alive to live after he encounters them at the fort. There is no real fight and Glass just leaves after getting his rifle back.  But in the movie there is a battle between the men, and in the end, a Chief from the Arikara tribe kills the man. Glass goes up into the mountains and has a talk with the spirit of his dead wife. This is a completely unnecessary scene, and this is just another attempt to try to give the movie a spiritual element.

One of the advantages of the movie is that you are actually able to see Glass go through his journey. DiCaprio does a great job of portraying the struggle he went through using just his injured body. However, the best part of the book is hearing Glass’s narrative voice to fully understand what it took for him to travel those 200 miles on the brink of death, and that tips the scales in favor of the book being better than the movie.