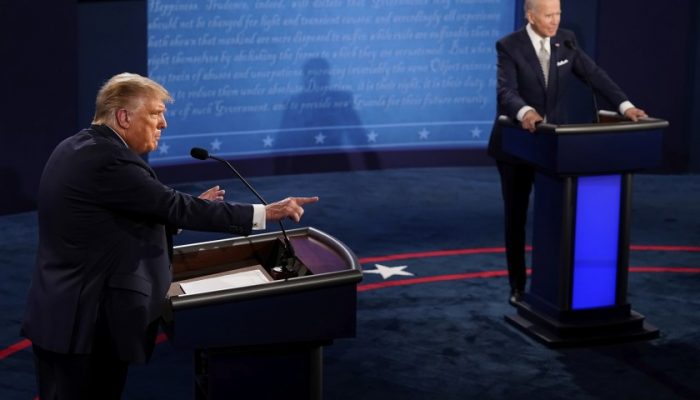 On September 29, the first of three presidential debates took place, and it left the nation speechless. As a part of our nation’s history, the presidential debates are intended to bring crucial information to the people. Through allowing voters to listen and gain knowledge from both parties, it is a big contribution in exercising one’s right to vote in the November election. They are meant to bring clarity to the nation and allow each of the candidates to express their views and opinions on a variety of national and global topics.

Aside from entertainment, many who watch these debates do so with the intent to gain helpful information to contribute to their decision on who to vote for. Personally, after watching I felt more confused than I was before.

This first debate was summed up by many as the worst presidential debate in the history of our country. With numerous interruptions, offensive comments, and lack of respect for one another, these presidential candidates put on a performance that will definitely be remembered, and not in a good way.

“Last night’s debate made clear that additional structure should be added to the format of the remaining debates to ensure a more orderly discussion of the issues,” said the Commision of Presidential Debates. To me,  the word in this statement  “orderly” emphasizes the lack of respect and seriousness both parties brought to this first debate. Obviously it can be argued that President Trump was more predominantly making interruptions. Nevertheless, there was still no form of order, at all.

Saturday Night Live’s reenactment of the debate captures the ridiculousness of the debate, and  is currently number one on YouTube’s trending page. In the opening summary of the SNL skit, the last statement they say, and it’s true: “It was pretty fun to watch. As long as you don’t live in America.”

After watching SNL’s recreation of the debate, it is obvious that the debate’s lasting impression was not that of a respectable one.

As a first time voter for this upcoming election, this first debate seemed important for me to watch to gain insight and information from these candidates in regards to their plans for climate change, COVID-19, and the economy. These plans will impact not only my future, but the nation’s as well.

With my jaw dropping to the floor by the end of the debate, my mind was left with no peace and no understanding of what to think next.

Moving forward with a new structure and debate format makes me hopeful that I will receive the clarity I deserve and need to make a confident decision with my vote.

The vice presidential debate airs on Wednesday, October 7, at 9:00 pm.