Home > Sports > The Patriots Are No Better Than Underdogs Now

The Patriots Are No Better Than Underdogs Now 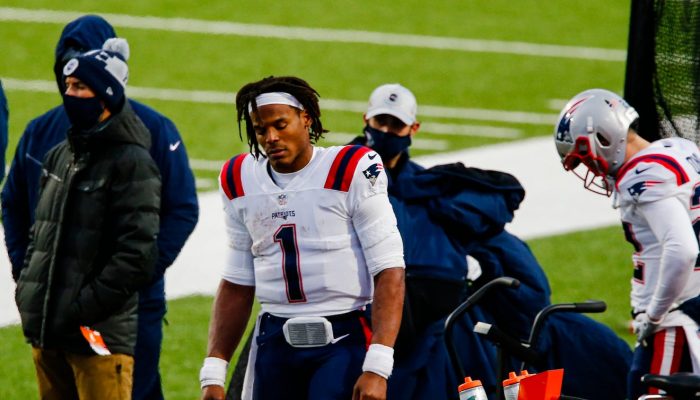 Not only are the New England Patriots underdogs in the NFL now, but they are simply not good anymore. After 20 years of unmatchable dominance led by Tom Brady and Bill Belichick, they are seeing their dynasty officially come to an end. And you may be reading this and thinking, “it was over when Brady moved on to the Tampa Bay Buccaneers.” I for one, would agree with you. But many long time Patriots fans believed that having Bill Belichick as the head coach still gave them hope to contend. That’s clearly not the case. They are underdogs in their games, in their division, and are not playing like a playoff team in any sense of the word.

If we want to be fair to the Patriots, their offseason went as badly as one could hope. Losing the likes of Jamie Collins and Kyle Van Noy on defense was only salt to the already massive wound of not having Brady on the team anymore. Add in the COVID-19 effect that led to the Patriots losing more top players like Dont’a Hightower and Patrick Chung as they decided against playing. It was all looking bad, but they remained talented to the point on the field and coaching staff that perhaps they could sneak in for a Wild Card playoff spot. They’re not going to do that this season.

It wasn’t until the heartbreaking loss to the Buffalo Bills that sent them to 2-5 on the season that it felt real. Before asking how, understand the ups and downs of this season for the Patriots that gave some hope as to whether who this team could actually be. The multiple players getting COVID-19, including starting QB Cam Newton, created a problem of not being able to practice or game plan correctly as they simply did not know who would be on the field. Add in the factor that they lost their entire offseason to learn what they were doing with this team and you realize that the Patriots were facing the uphill battle all year long.

As we get to this point, you may think I am creating excuses for the Patriots. No. These are all real problems they faced. But it’s also on them as to why they are here. The matter of fact is that the Patriots could have tried to get more talent on their team. There’s a reason Tom Brady left and it was due to the Patriots inability to get him supporting talent to make another Super Bowl run. They didn’t have the money nor did they try to do their best. Instead, the Patriots used the draft to try and get new weapons on offense. But that was never going to work for a 43 year old quarterback.

Finally, all offseason long, the Patriots made it seem as though second year quarterback Jarrett Stidham would be the starter for the team this season. They eventually pulled a 180 and brought in Cam Newton to be the quarterback for them this season. That was a move that many should recognize as one that was supposed to help them contend again this season. Simply put, Newton is not the same player he was in the past, but the Patriots didn’t give him the talent to be effective and stay in games.

The blame can go in a number of directions, but it must go to Bill Belichick first and foremost. People believed it was him that made Tom Brady work, not the other way around. Well, they were a great combination either way. Belichick is the greatest head coach of all time and Brady is the greatest quarterback of all time. But that time is gone. Brady is winning the break up and there’s a good chance he wins it by a landslide. Now, for Belichick and company, it’s time to see what you have in this team moving forward.

They’re going to be underdogs almost every game except for this coming week in a matchup with the New York Jets. The same New York Jets who are 0-7 on the year. That gives you a better chance than ever to roll with Jarrett Stidham as the starter moving forward. At 2-5 on the season, you have a very small chance of winning and making the playoffs. Especially considering the opponents you have the rest of the year. Giving Stidham the opportunity to show what he can do, starting with a softball sort of team, is what would be best for the Patriots the rest of this season.

All in all, this was to make one thing clear. The New England Patriots are no longer favorites, powerhouses, or anything of the sort. They are not the AFC East leader either. What they are is the underdog team moving forward and simply not good. Take a shot with Stidham because it can’t get much worse.