Home > Opinion > The NEC Has Made A Huge Mistake

The NEC Has Made A Huge Mistake 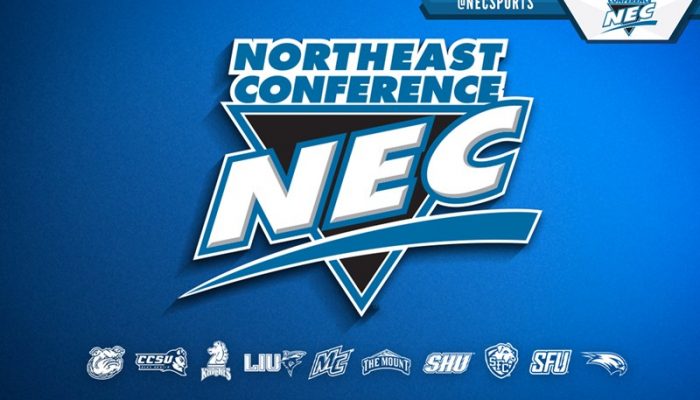 Okay, let me address the elephant in the room for D1 college sports. How come DI-A teams like the ACC, Big Ten, PAC-12, and the Big-12 conferences can play football but, DI-AA division conferences like the CAA, Patriot League, America East, and the NEC have the urge to postpone all fall sports? Hear me out, COVID-19 has changed sports forever since the NBA is playing at the ESPN Sports Complex in Walt Disney World, and the NFL has helmets with masks. If they can play sports, so what’s the deal with the NEC?

Recently, NEC Commissioner, Noreen Morris, announced, “This course of action now allows us to shift our attention to the future, and work with campus leaders to examine the feasibility of potential competitive options for fall, winter, and spring sports that support the well-being of student-athletes, staff and campus communities. I continue to be inspired by the resilience and determination of our student-athletes and look forward to the day they are able to once again play the game they love and experience the thrill of NEC competition.”

Merrimack College made history in 2018 when they announced that they would be competing in all D1 sports in the NEC conference and we made history with the college becoming Regular Season Champions with our first D1 title. With a couple of crowning victories being the day we made fools out of the Northwestern Wildcats by beating them 71-61 and Juvaris Haynes, the Warriors’ freaking superhero, holding the NCAA All-Time Record for 449 career steals from both the NEC and the NE-10 conferences in Men’s Basketball.

Additionally, with Men’s Lacrosse, Merrimack has definitely proved themselves to be worthy of the D1 ranking. With two back-to-back titles when they played D-II. Merrimack College has even beat the University of Michigan after many colleges and universities across the nation doubted us to become the greatest surprise to D-I sports.

Merrimack gained national attention with coverage from the likes of CBS Sports and ESPN. Kevin Connors from ESPN even gave Coach Gallo a shoutout on national television. Merrimack’s transition to D1 not only caught the attention of network television but, in the eyes of many of us collegiate students the best site, Barstool Sports. Blogger Reags shared how he felt that Merrimack should be D1 members after many victories and media attention. He’s quoted as saying, “The worst part is they can’t even play in the NCAA Tournament. They aren’t allowed to qualify because of these stupid restrictions when teams make the jump to D1. They go on this probation period where for whatever reason they aren’t allowed to make the Tournament. Makes no sense. Clearly, Merrimack can play. Let the boys play!”

With the fall season being postponed by the NEC, I guess us Warriors should be thankful considering that Hockey East hasn’t canceled the season yet. Especially since that is another sport Merrimack College dominates.

Even though many spring sports were cut short last year for the Merrimack Warriors because of the COVID-19 virus, the NEC should allow Merrimack to allow them to prove themselves to become the team that is really meant to be this fall. So, I say this as a Warrior and a huge fan of college sports: Let them play, NEC!