Home > Sports > The Most Important Picks of the NBA Draft

The Most Important Picks of the NBA Draft 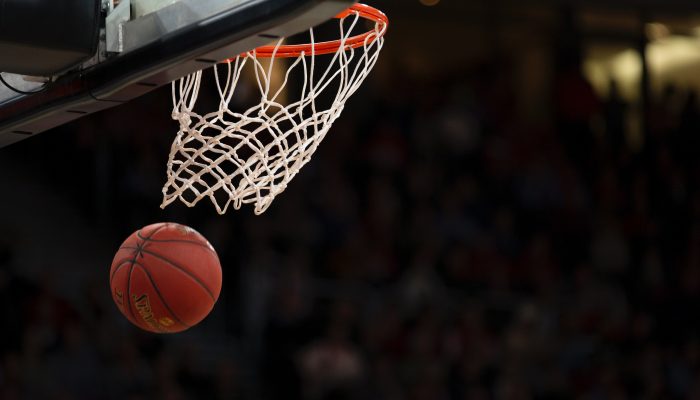 It seems like the recent NBA season just ended yesterday. And essentially it did. Because of COVID, all professional sports were cancelled until further notice, which caused the NBA to develop a bubble for just players, personnel and staff to be allowed into but also were not allowed to leave.

Every year there is the NBA draft where college athletes are picked to NBA teams. The NBA draft took place on November 18. There was a lot that happened with picks 1-60. So, let’s highlight the most important draft picks.

The first pick of the NBA draft was Anthony Edwards to the Timberwolves. A 6 foot 3 inch 235 pound shooting guard, Edwards is an explosive offensive player from The University of Georgia. At 235 pounds, seeing this guy come right at you towards the basket would make any defenseman cower in fear. But not only does he have his size and muscle on his size, he has an incredible shooting ability averaging 19.1 points per game his freshman year. He led Georgia in scoring and steals and second in rebounds and assists.

The second pick was 7 foot 1 inch, 247 pound center, James Wiseman from Memphis. With an impressive combination of size and mobility, Wiseman runs the floor exceptionally well for his size. He has a standing reach of 9 feet 6 inches which is essential for any team on the offensive and defensive end. He was one of five players named to the 2019-20 Associated Press Preseason All-American Team as well as 2018-19 Gatorade National Player of the year and Morgan Wooten Player of the year as a senior at Memphis East High School. His freshman year of college he averaged 19.7 points, 10.7 rebounds, and 3.0 blocks in 23 minutes. He shot 76.9 percent from the field.

The third pick of the NBA draft was LaMelo Ball to the Hornets. A 6 foot 7 inch 190 pound point guard. If the name Ball sounds familiar, it should. His older brother Lonzo was the second pick in the 2017 draft and their father is Lavar Ball, a former professional football player and the CEO of Big Baller Brand. He has exceptional court vision and passing skills, although the rest of his game needs refining, like most rookies. His shot is all over the place and his commitment on the defensive end is an issue, but this is the top tier of lead guards in this year’s draft. Unlike the other top recruits, he went and played for the NBL in Australia instead of going to college. He was named the 2019-20 NBL Rookie of the Year and ranked 17th in the NBL in scoring with 17 ppg, second in assists and steals and eights in rebounding. He became the first NBL player since 2005 to post triple-doubles in back-to-back games.

Now, for my fellow Boston fans who agree with me that the Celtics tend to get the short end of the stick, I have some good news to share with you. The Celtics got Aaron Nesmith as the fourteenth pick in the draft. Nesmith is 6 foot 6 inches and 215 pounds from Vanderbilt. He was the SEC’s leading scorer at the time of his season-ending injury in 2019-20. He hit a school-record 52.2 percent from three-point range in 2019-20. As a freshman in 2018-19, he led Vanderbilt in scoring in SEC games with 13.5 points. He is a high level shooter with great mechanics. He moves well with the ball and is strong and solid. Not only is he a great basketball player, he’s smart too. He was named to the SEC First-Year Academic Honor Roll in 2018-19 and his brother Eddie is a graduate from Harvard.

If you are a fellow Celtics fan then I think our hopes are high for some good stuff from this kid.