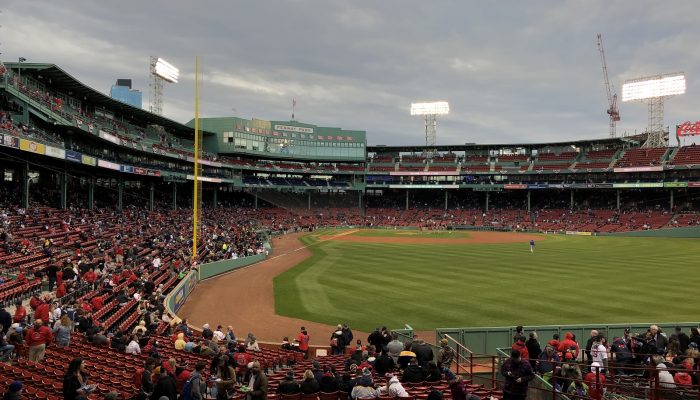 It was right around midnight on the morning of September 9 when the news of the season was announced: “Breaking: Dave Dombrowski fired as president of baseball operations.” And this is when fans have to ask, “Where did it all go wrong?”

Only a season ago, the Boston Red Sox won the World Series in possibly the most dominating single season in team history. The only major changes from last season to this season were the removal of relief pitcher Joe Kelly and closer Craig Kimbrel. While, yes, they were both huge parts of the championship team a season ago, this was still mostly the same team.

Fast forward to September 2019 and we know what went wrong, and it has everything to do with the pitching rotation.

Ace Chris Sale, who signed a five-year, $145 million extension to stay with the Red Sox for the foreseeable future, had his worst season of his career. The team finished top five in blown saves and middle of the road for earned run average from their pitching staff, only a year after they were seemingly top 10 in every pitching statistic. A season filled with so much hope and potential for getting back to the World Series and defending the crown turned out to be a season of frustration and waste. If you are a diehard fan of the team, you will understand where waste comes from here.

Teams can only keep their talented core group of players for so long before deals expire and players exit for bigger and better contracts. What the Red Sox had on their team was one of the best lineups in baseball. Headed by the reigning 2018 AL MVP Mookie Betts and JD Martinez, this lineup remained a juggernaut. But that juggernaut had two guys step up into the MVP conversation, which makes this “lost” season hurt even more so. 22-year-old third baseman Rafael Devers lived up to his potential and more this season. His numbers all rank in the top 10 of the American League in a season that could have him in the MVP voting. Then there’s shortstop Xander Bogaerts who almost mirrors the numbers of Devers, giving them two incredible pieces to add with their two MVP candidates from a season ago. But in the end, none of that matters as playoffs are no longer in sight.

Only one short year later and the Red Sox will not be competing in October for the shot at repeating as World Series champions. The president of baseball operations, Dave Dombrowski is gone after pulling all the right moves to get them there last season. And another banner year for the offense will have nothing to show for it. A truly underwhelming, lost season that may have been their last chance to contend for the next few years as Mookie Betts and JD Martinez could both be dawning different uniforms come next season. 2019 is certainly the “lost” season of the Boston Red Sox.