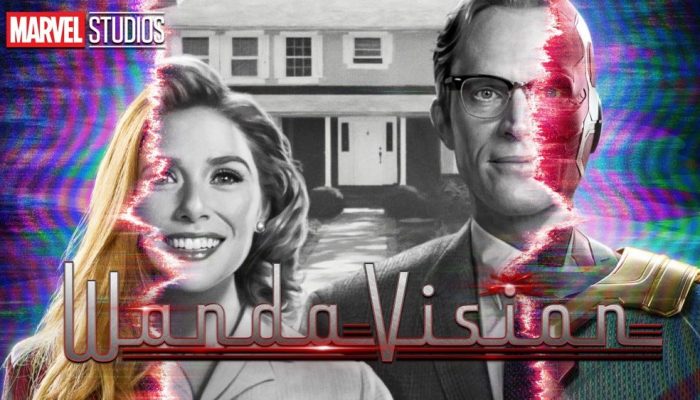 Following Spiderman: Far From Home, Disney and Marvel Studios planned the release of several major shows that would heavily tie into the greater Marvel Universe. Many of these shows are clearly focused on outcomes from Avengers Endgame. The Falcon and the Winter Soldier focuses on Steve Rogers’ wingmen Bucky and Sam in his absence. Loki focuses on the timeline where Loki escaped with the tesseract following the events of The Avengers. Hawkeye follows the rise of Kate Bishop as she trains under Clint to become the new superhero archer. All of them have immediately clear connections to the greater Marvel Cinematic Universe…except for WandaVision.

Initially appearing to be a simple Sitcom, WandaVision poses many questions as to what is going on in the town of Westview. And at the end of episode 5, the episode that is styled heavily by 80s sitcoms, such as Family Ties and Full House, a new question arises: who the hell is this guy?

The show wants everyone, audience and cast included, to believe this is Pietro Maximov, Wanda’s long-dead brother that, much like Vision, is suddenly back to life with no explanation. And this idea, this mystery, this actor, may have been one of my favorite parts of WandaVision.

For starters, let’s talk about Pietro’s impact on Wanda. As Pietro’s sister, she knows this is not him, not truly. His body is back in their home country of Sokovia, full of lead and unanimated for nearly a decade. It doesn’t make sense from her point of view, but she really wants to believe it. As Darcy Lewis points out from the other side of the hex, Wanda believes that she “recast Pietro” and the next episode delves into their dynamic and relationship. She’s already confused, and this makes her even more lost in her own world (quite literally).

Next, let’s talk about how the audience took Pietro. Long-time fans may have recognized the actor as Evan Peters, an actor that, notably, played the role of one Peter Maximov, FOX’s iteration of the Quicksilver character. As you might imagine, this sparked huge amounts of speculation. Are the X-Men merging with the MCU? Are Wanda and Pietro being retconned to be mutants rather than obtaining their powers from the Mind Stone? Is this the MCU’s Pietro or FOX’s Peter?

The genius move to bring Evan Peters in for this role instead of the MCU’s Pietro, who was played by Aaron Taylor-Johnson, takes some explaining to understand. But the basic gist is this: their goal was to confuse everyone. And confuse they did. In a show with so many questions, confusing Wanda by emotionally compromising her even further, and making her even more desperate, is brilliant. She was already throwing people out of the hex if they didn’t conform and growing ever angrier at how her loved ones would not listen to her and accept their perfect reality. Throwing who was supposedly her dead brother just complicates everything further.

And it does that for the audience, too. If the person they chose to play Pietro for this show couldn’t be Aaron Taylor-Johnson due to in-universe reasons, then that means the studio can bring in just about any actor they want to. Why did it have to be Evan Peters? The answer is simple; Evan Peters would confuse us. His inclusion was meant to throw us off completely because this wasn’t a new face playing an old character or a new face playing a new character. This was an old face playing a different iteration of a character that showed up before in the MCU, an iteration from a completely different continuity. It’s like if Jared Leto started playing his version of Joker in a new movie for the Dark Knight continuity of Batman. Something would be off. The studio used this to their advantage and fully capitalized on the opportunity.

The move to Disney+ needed to be really interesting and fun if Marvel Studios were to succeed in their newest attempts in television. WandaVision was an excellent way to kick off their latest foray into TV, and this twist is one of the best examples of why. They know what they are doing, and I look forward to everything else they have in store for us.