Home > Opinion > The DNC and RNC: What Went Wrong (A Retrospective)

The DNC and RNC: What Went Wrong (A Retrospective) 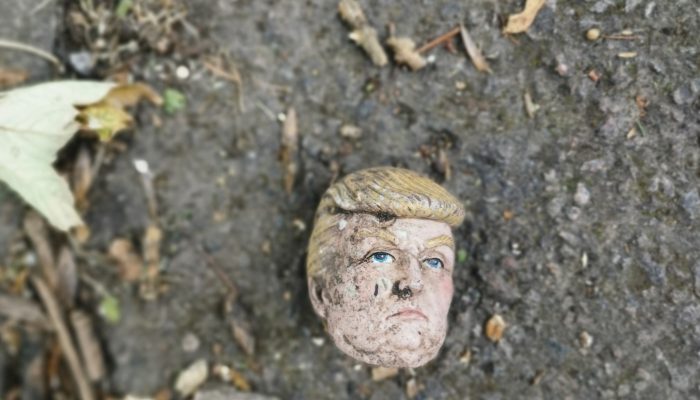 In just a few days, the United States is heading for possibly the most crucial election in its history. There is much at stake as the country battles a pandemic nearly rivaling the Spanish Flu of 1918, killing more Americans alone than World War I, Korea, Vietnam, Afghanistan, and Iraq combined. We face extreme divisiveness and hatred in determining the next commander-in-chief, with another unwelcome “lesser of two evils” situation dropped into our laps. Simultaneously, we are rapidly declining in the realm of social justice, with tumultuous riots directly mirroring the Civil Rights Era’s darkest moments.

Rather than supporting people by investing resources into our crumbling infrastructure, the government still feels the need to pour trillions of tax dollars into corporate socialism and endless, nonsensical Middle-Eastern wars that the mainstream media doesn’t even bother covering anymore. It’s no wonder why most young people nowadays are turned off, even sickened by the current political landscape. However, two golden opportunities to effectively address these issues, and more, were the Democratic and Republican National Conventions: a staple of every U.S. presidential election.

Unfortunately, what we ended up getting from the DNC was nothing more than hypocrisy sprinkled in with cringe moments and self-righteous platitudes. Meanwhile, the RNC consisted of psychotic speakers outright ignoring COVID and the economic decline, using their time instead to critique PC and cancel culture; I’m sure they patted themselves on the back for focusing on the critical issues on the country’s mind. They especially loved confusing democratic socialism with Cuban-style totalitarianism, as well as painting the Democrats and leftists as enablers of rioting and looting under a Republican administration’s watch. That’s only skimming the surface of how laughable and out-of-touch these events came off as.

The smug hypocrisy of the DNC was revolting. On the first night, Governor Andrew Cuomo of New York remarked that the American people learned a “critical lesson” in “how many lives can be lost when our government is incompetent.” Keep in mind that this is the very same man who delayed stay-at-home orders with spiking cases and ordered the elderly to die in COVID-infested nursing homes. Is that Cuomo’s standard of a competent leader? How can you possibly speak on this matter when New York has consistently neared the top with infections? At the start of the crisis, for instance, there were 400 confirmed cases for every 100,000 New Yorkers; The hypocrisy in his rhetoric is genuinely astounding.

More deception reared its ugly head through Jill Biden’s sanctimonious garbage, offering pretty-sounding words that amounted to nothing in the grand scheme of things: “How do you make a broken family whole? The same way you make a nation whole. With love and understanding—and with small acts of kindness.” Tell me, Jill, what do you have to say about the three percent of Americans who Biden’s ideal healthcare plan doesn’t even bother covering? Where’s their “love and understanding?” Her speech appears even more contrived when she says, “His strength of will is unstoppable. And his faith is unshakable—because it’s not in politicians or political parties—or even himself. It’s in the providence of God. His faith is in you—in us.” What does this statement even mean? “Providence of God”? What? She sounds like a standard, fake politician from the 80s or 90s, spewing cute, cuddly, non-substantive verbal diarrhea in the hopes of getting her husband elected. What does it matter if “his faith is unshakable”? You could say the same about Trump’s faith in COVID miraculously disappearing; it’s all the same garbage. Her vapid speech concluded by bringing Joe Biden out with balloons and thunderous Zoom applause. It’s also ironically fitting that Kool and the Gang’s “Celebration” blares as the background music, as I’m sure most Americans are celebrating real good times in a pandemic and economic depression. Out-of-touch morons!

Things get even worse when we touch upon Barack Obama’s speech. The former president does a great job inditing the Trump Administrations’ blunders handling COVID and the economy. However, his solution of blindly voting for neo-corporate Democrats, while good for getting the orange man out, won’t amount to much when one breaks down the Democratic Ticket’s record. During the speech, Obama praises Biden for treating “every person he meets with respect and dignity.” Unfortunately, you can’t say the same for the people Biden didn’t meet, like the 185,339 – 208,349 civilians killed in the second Iraq War he voted to have. Even before that, you have the countless lives Biden ruined by helping write the 1994 Crime Bill, allowing the arrest of a person for only five grams of crack cocaine: a substance predominantly used by blacks in low-income communities. However, 500 grams of powder cocaine, a mostly white drug, was somehow worth the same sentencing. There’s no doubt that the legislation was inherently racist in that regard. Harris is no angel with cocaine either, as she deliberately chose not to disclose information regarding a crime lab technician who took some home, possibly tainting evidence and ruining hundreds of ongoing cases. It’s a shame that she’s the absolute best Biden could do for a VP pick.

There’s still so much wrongness to talk about, like the total alienation of Progressives. AOC, a Democrat at the DNC, barely got any speaking time, whereas John Kasich, a Republican who wanted to cut Planned Parenthood, got far more. I’m sure it has absolutely nothing to do with the fact that she endorsed Bernie and not Biden. Moreover, another Progressive Democrat, Andrew Yang, almost didn’t even have a speaking slot at all. He had to fight for it, which is unacceptable. Nancy Pelosi received more time to pretend she disagrees with Trump, even after granting him increased spying powers and a larger military budget. Likewise, Joe Biden got more time to spout out nonsense like this: “With passion and purpose, let us begin – you and I together, one nation, under God – united in our love for America and united in our love for each other.” That doesn’t mean anything!

However, similarly to how Kimberly Guilfoyle would put it, the worst is yet to come! To keep this article from going too long, we’ll shift toward the RNC’s shortcomings now. Some of the things these idiots dare to say is shocking. For instance, we have Nikki Haley going on about how President Trump “knows that political correctness and cancel culture are dangerous and just plain wrong.” Why is she even talking about this when we have a pandemic and unemployment through the roof? It just shows how elitist her priorities come off as. Then there’s Matt Gaetz regurgitating the same type of nonsense, saying, “You cannot cancel a culture that loves its heroes” – referring to the toppling of Confederate statues. That statement only serves as a green light for groups like white supremacists, justifying a culture of racism and bigotry by looking up to “heroes” like Robert E. Lee, Adolf Hitler, and David Duke.

It’s also laughable seeing the lemmings like Kimberly Guilfoyle push Trump as the “the law and order president.” Meanwhile, under this presidency, the embers of division have been stoked through constant rioting and looting, resulting in intense hostility toward groups like Black Lives Matter. In other words, Joe Biden is not in charge of this country right now; Donald Trump is – the man who’s supposedly “done more for the Black community than any president since Abraham Lincoln.” All this chaos and racial tension are unfolding under his watch. So how is he for “law and order” at all? If anything, Biden fits that characteristic more for the discriminatory crime bill he co-authored. Vice President Pence said, “The hard truth is you won’t be safe in Joe Biden’s America.” As if we’re already safe under Trump’s America!

These attacks fail to stick because they’re continually applying conflicting narratives to Joe Biden’s character. They unjustly accuse him of wanting to defund the police when he doesn’t, as well as setting America, As Pence says, “on a path of socialism and decline.” Biden has repeatedly denounced any form of socialism, whether it’s the beneficial type Progressives like Bernie Sanders are in favor of, or the radical, dictatorial kind we see in countries like Venezuela, Cuba, the former Soviet Union, etc. Nobody buys that absurdity whatsoever. So why are you having Maximo Alvarez, an immigrant who fled from Cuba, talking about the dangers of socialism when it’s not even on the table for a Biden Administration? They’re not even in favor of adopting the rational beliefs of Progressives or the rest of the developed countries with publicly funded healthcare and college. Why would they ever go as far as Fidel Castro took it? Raising taxes on Americans who make $400,000 or more per year will not turn the country into a socialist wasteland.

Biden is merely a corporate Democrat who’s so centrist that he could easily pass off as a moderate, Mitt Romney or Bush-style Republican. That’s why Tim Scott is an idiot to say he and Harris would ever incite “a cultural revolution. A fundamentally different America.” As if there’s anything remotely decent about the current state of America. Even if Biden wins, we’re just going to go back to the way things were in 2012 under Obama. Also, the new administration would most definitely support nonviolent protesting, unlike the current one, which somehow still says they do after Trump flushed peaceful demonstrators out of a church with tear gas to do a photo op with the Bible. However, none of that idiocy tops the most damaging aspect of the entire RNC, which is the refusal to admit any wrongdoing on Trump’s part for his horrendous response to COVID-19.

For Larry Kudlow to say, “presidential leadership came swiftly and effectively with an extraordinary rescue for health and safety to successfully fight the COVID virus” is asinine. At the time of the RNC, there had been nearly 179,000 deaths in the United States alone. That number has since climbed to 230,000 due to an inability on the Trump Administration’s part to issue a federal mask mandate. If Trump had acted earlier and encouraged mask-wearing instead of politicizing it, he would’ve done a far better job of uniting the nation and cutting the death rate down by at least 130,000-210,000 people. Just think of the opportunity he wasted not selling MAGA masks on his website! The president probably would’ve gotten many Democrats to side with him as well, as they’re the party more likely to believe in science. If he went this route instead of the polarizing position he took, he’d probably win reelection comfortably. However, as of now, polls are overwhelmingly in favor of Biden. Trump could very well join President Carter as another living one-termer.

The Democratic and Republican National Conventions were a lot of things, useful not being one of them. The DNC gave little-to-no substantive policy to latch onto with Joe Biden, defaulting to “orange man bad” mentality and praising neo-liberal corporatism with dullness and clichés. In contrast, the RNC showcased egotistical elitists, even more so than the corporate Democrats, not caring about anything remotely helpful for pulling the country out of this horrible rut of existence. In the end, both events share the commonality of not directly catering to the needs of the average, everyday Americans affected by a deadly virus, stagnant economy, and violence and brutality in the streets.