The History of Photo Manipulation and its Consequences for Young People 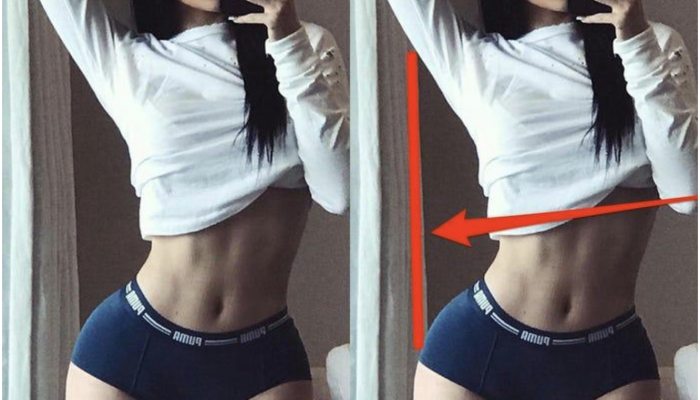 The fashion and beauty industries have been scrutinized for years for the unrealistic body standards that are illustrated in their work. Photoshop, in particular, has been a major talking point within the case built against these perpetrators. One iconic instance that brought the ethics of photoshop into question was the photoshop fail that Target® had with several items featured on their website in 2014.

In 2014, Target® posted these photos (below) to display their “Xhilaration® Junior’s Midkini 2-Piece Swimsuit”. As viewers noticed, the model is missing significant portions of her body (including parts of her arm, back, fingers, thighs, and groin). And those are just the obvious adjustments!

Not only was this a careless and sloppy effort by Target®’s team, but these adjustments are detrimental to the mental and physical health of the models pictured, and anyone who sees it. To make matters worse, this was displayed on the ‘youth’ section of their website.

According to ABCNews.com reporting, Target® spokesperson Evan Miller responded to the mistake by saying, “It was an unfortunate error on our part and we apologize…We removed the image from the site and we’re working to get a new image up there.” Truly a heartfelt acknowledgment of their participation in the system that historically deteriorates the body image of women and young girls. If only.

Flash forward to more than seven years later. Facebook® has (nearly) monopolized the social media world, and the mental health of our younger population is at risk. I wonder if the two are related?

Internal documents from Facebook® were leaked to the Wall Street Journal in the Fall of 2021, and uncovered unreported research (conducted by Facebook® themselves), that outlined the platform’s “ill-effects”. It is important to note that Instagram is among the platforms that Facebook® owns.

Amongst the information in this exposé were appalling details about what Facebook® knew about how their platforms negatively impact teens. The issues that young users are connecting to the platform range from eating disorders to even depression/suicidal thoughts. 13% of British users and 6% of American users point a finger at Instagram as a contributor to their suicidal thoughts. 32% of girls who already feel bad about their bodies, said that Instagram made them feel worse, and 40% of teen boys experience negative social comparison from the app.

Again, the kicker here is that they knew and did nothing – and it concerned children! Legally, those under 13 years old are not even supposed to have social media accounts, but Facebook® is turning a blind eye to both underage use and their duty to protect those they serve.

You may be thinking: What can be done, though?

Just as it is required to disclose an ad on Instagram, in the Summer of 2021, Norway passed a new law that requires content creators to disclose edited photos. This law was supported and ultimately passed because of the concern for the detrimental effects photo editing has on the body image and mental health of young people.

Although this is sort of a band-aid for a bigger societal bleed, it is progress, and progress is absolutely needed. We cannot let anyone suffer in silence, especially such a vulnerable population. Progress must begin with accountability for those who enable the unrealistic standards (Facebook®, other social media platforms, fashion/beauty industries, etc.), but is then ultimately reinforced by legislation, like we see in Norway.