Tensions Rise on the Polish-Belarusian Border Amid Border Crisis 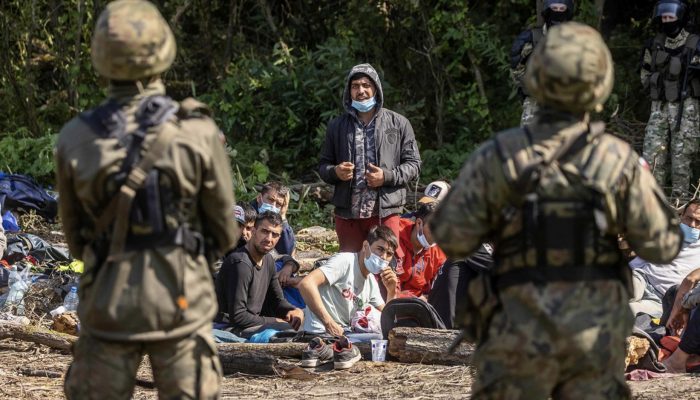 A false bomb threat, sanctions against Belarus, an immense migrant crisis, and escalations on the Polish-Belarussian border. What is happening on the E.U.’s Eastern frontier?

Over the course of recent months, over 16,000 migrants, primarily from Afghanistan and Iraq, attempted to cross into Poland from Belarus illegally, the BBC reports
Polish and other E.U. member state officials accuse Belarus of utilizing the migrants as pawns in a strategy of “hybrid warfare” in retaliation against the European Union’s sanctions.

“[I]n essence [Lukashenka] is trying to make Poland look bad […] he’s trying to put the E.U. in a situation where it can’t win,” says Dr. Cohen, professor of political science at Merrimack College. “I think mainly what [Lukashenka] wants is just sanctions lifted”.

However, it appears that the European Union is unwilling to lift the sanctions, despite the pressures on the border.

“Almost no country can take what Belarus is trying to do,” explains Dr. Cohen, in regards to the high volume of migrants attempting to cross the border.

The Polish government has responded with the establishment of a special state of emergency zone along the border with Belarus. The military has sent thousands of troops to reinforce the border guard.

This has transpired as allegations arose from the Polish government, claiming that Belarussian forces fired upon border guard soldiers. Belarussian head of state Alexander Lukashenka’s government denies these claims.

Looking beyond the political turmoil, at least six migrants were found dead along the border due a lack of food and shelter.

“I am alarmed and disturbed because people are dying,” says Ola Górecka, a student at the University of Warsaw in Poland. “I don’t like violence, so yes, [the crisis] is disturbing and alarming, but I hope it will come to an end soon.”

To escalate the situation further, in a controversial move, Polish officials passed legislation allowing for the pushback of migrants. Essentially this allows for the forced rerouting of individuals seeking asylum to Belarus, regardless of the dangers that this would pose to the wellbeing and safety of the migrants.

Protests arose across Poland in response to the legislation. “The atmosphere is tense,” says Ola.

The end does not appear to be in sight for the border crisis, as both sides remain firm in their stances.

“If Belarus were to take steps to ease that repression, I think the E.U. would ease its sanctions as well,” says Dr. Cohen.

Some argue that events from earlier this year lead to the current crisis.

Back in May, Lukashenka’s government allegedly forced a Ryanair flight to divert and land in Minsk. This came following the claims of a bomb threat, reportedly initiated by Hamas, a Palistinian militant group. Hamas has since denied these claims.

“We don’t resort to these methods, which could be the doing of some suspicious parties that aim to demonise Hamas and foil the state of world sympathy with our Palestinian people and their legitimate resistance,” says Fawzi Barhoum, a spokesperson of Hamas, Reuters reported in May.

The aircraft was carrying Roman Protasevich, a Belarussian journalist and critic of Lukashenka, and his travel companion, Sofia Sapega. Following the landing, the pair was detained by Belarussian authorities.

In response to Belarus’ harsh political and anti-free speech activities, the European Union enacted sanctions against Belarus, according to the European Council on Foreign Relations.