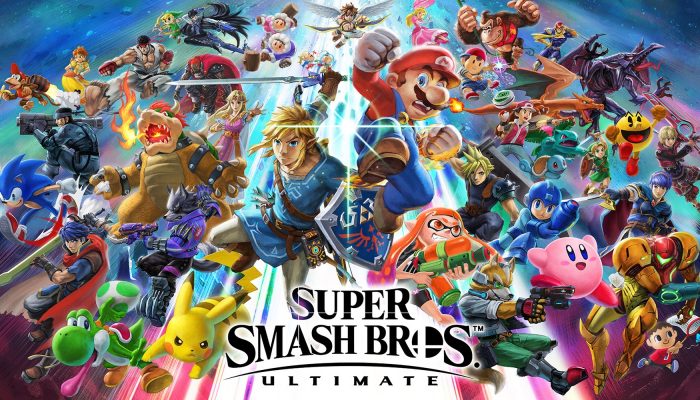 Super Smash Bros. Ultimate might just be one of the biggest video games of all time. Since it was first teased at the end of the March 2018 Nintendo Direct it has been the subject of all manner of speculation and excitement. This even extends beyond its December 7th, 2018 release due to more characters joining this ultimate crossover through downloadable content (dlc) known as the Fighter’s Pass. This has culminated in some of the biggest reveals the series has seen yet, including the latest addition, Steve from Minecraft.

However, I think a little context of what led up to this is important. With a tagline like “Everyone is Here!” Ultimate’s roster is colossal, with every character from the previous games, and some of the most requested characters as newcomers. Speculation on who could appear on the Fighter’s Pass was rampant.

The floodgates were open at the 2018 Game Awards before the Game of the Year was announced, the room went dark and Nintendo stole the show with the reveal that Joker from Persona 5 would be the first character on the Fighter’s Pass.

Since then each subsequent reveal seemed to just be more of what was seen as impossible picks finding their way into Ultimate. The excitement only grew when Fighter’s Pass 1 concluded with Byleth from Fire Emblem: Three Houses, and a second Fighter’s Pass was announced with six more characters to come.

Courtesy: Google Images When the first new fighter on Fighter’s Pass 2 was revealed to be Min Min from Arms the surprise was more from how she was dlc and not in the base game. It was to be expected that a character from a new game that was so heavily pushed by Nintendo would find its way into Super Smash Bros., but what came next was not quite as expected.

On October 1 2020, a trailer for the next character for Fighter’s Pass 2 was released, followed by a short announcement from the game’s director Masahiro Sakurai. The trailer, of course, revealed the next character coming to Super Smash Bros. Ultimate is Steve, the player character from Minecraft.

The announcement from Sakurai following the trailer was for a follow up video presentation released on October 3rd, 2020, where he would give an overview of the character, their mechanics as well as the stage and some additional content being made available. This includes dlc costumes for the Mii Fighters as well as Amiibo figures for the characters of the previous Fighter’s Pass. Steve is expected to be released on October 13, 2020.

Some might ask what the big deal is. Most of the other dlc characters were thought to be impossible picks too but they didn’t get the same level of fanfare that Steve did. So why is Steve so important?

Well, Super Smash Bros. is meant to be a celebration of video games, with almost every character in the game’s enormous roster having various kinds of history or significance. For example, one of the previous dlc characters were the Heroes from Dragon Quest, one of the most influential series in the industry, which laid the foundation for most games in the RPG genre. Minecraft, as of writing this, is the best-selling video game of all time, with players around the world of all ages enjoying it. It’s influence and significance to the industry, and entertainment as a whole is impossible to ignore. At this point it should be a bigger surprise if there wasn’t some form of Minecraft content in Super Smash Bros. Ultimate. The levels of excitement that Steve’s announcement was such a monumental announcement that the morning of the initial trailer, Twitter crashed, with Steve dominating the trending hashtags once it was back up.

This sort of excitement for a character being added to Super Smash Bros. may never be reached again.