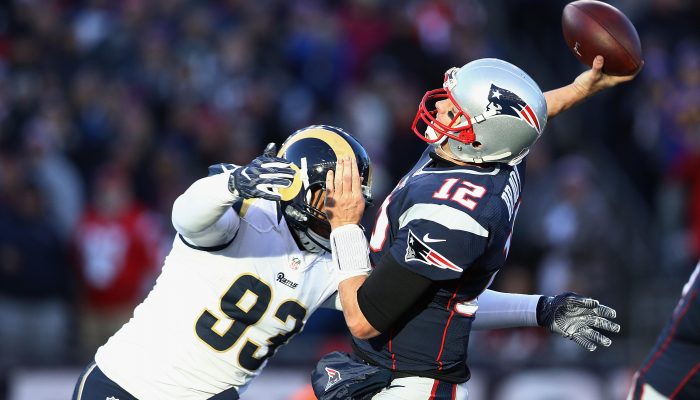 The New England Patriots clinched yet another Super Bowl victory on Feb. 3 at the Mercedes-Benz Stadium in Atlanta. Coming off a winning regular season, and an epic triumph over Kansas City in the AFC Championship, the Patriots found themselves battling the Los Angeles Rams for the Super Bowl 53 title.

The conclusion of this season marks the lowest scoring Super Bowl in history at only 13-3. No touchdowns were scored until late in the fourth quarter when a 29-yard pass from Tom Brady found Rob Gronkowski 2 yards out from the goal line. The subsequent play entailed rookie Sony Michel finally finding that endzone, followed by a Patriots interception, sealing the deal and leaving the Rams unable to match the score. While these were defining moments in Super Bowl 53, Patriots wide receiver Julian Edelman was the one consistent force on the field and was deservedly named game MVP after 10 catches and a 141-yard effort.

Although this championship game was a collective team effort, much can be said about Tom Brady’s 9th career Super Bowl appearance, and the first pair of hands in NFL history to wear 6 rings. Brady is arguably the greatest quarterback of all time, and age is just a number for the oldest quarterback to ever win an NFL Super Bowl. Brady proves time and time again that he still belongs on the field.

Head coach Bill Belichick has been beside Brady through every feat, making history himself as the oldest coach to ever win a Super Bowl. The duo never disappoints Boston fans and it appears that winning will never get old here in New England.

The 2019 season proved to be a grind for the Patriots, who came out on top of the AFC East. While there were a few glimpses of imperfection and upsetting losses, particularly to the Dolphins in Miami, New England never lost sight of their end goal and impressively finished undefeated at home. Finishing up with 11 wins and 5 losses, the Pats worked as a unit and earned a first round bye in the postseason, followed by a win against the Chargers, and finally, against the Chiefs in the AFC Conference Championship.

Over one million people attended the victory parade in the heart of Boston on the unseasonably warm Tuesday following the Championship win. Duck boats paraded the Patriots players, coaches, and other important personnel through a crowd of ecstatic and star-struck fans, while gleaming rings and the championship trophy were on full display. When asked to describe the atmosphere of this day, Merrimack junior Kevin Russo sums it up with one word: electric.

“I will tell my kids about the Patriots parade for years because of how much fun I had,” said Russo. It was just another day in Titletown for Russo and so many others who will always remember the excitement of such a cherished victory.

So, what’s next for the Pats? With Belichick heading the team it was back to business within a week following the Super Bowl celebrations. Training camp begins in late july in preparation for the regular season kick off on Sept. 5.

Contrary to allegations of Brady’s retirement, the quarterback will return in pursuit of a few more championships, while Gronkowski’s future with the team remains uncertain.

Moving forward, there is plenty of young talent on the roster that we may be seeing more of during the 2019 season, and the approaching NFL draft may land the Patriots with yet another winning team. We can surely expect great things from the upcoming year in New England.