As the college continues to grow so does the number of students looking for alternative food options, prompting Sodexo to make changes to its allergen-free sections in Sparky’s, including expanding My Zone and establishing Simple Servings.

For any upperclassman who has a food allergy, the changes in Sparky’s are obvious. Once- empty shelves in the My Zone fridge now have pizza and pasta, all of which are gluten- and peanut free.

My Zone is a section tucked away in the back of Sparky’s. As supplies are limited, this section is reserved for those with peanut allergies, gluten intolerance, or Celiacs disease. It also includes lactose free options.

According to Michael Newmark, dining general manager, the Simple Servings station is an expansion of My Zone. “It is open to any students and has healthy options for anyone. It still remains free of the seven most common allergens: peanuts, tree nuts, shellfish, wheat, soy, milk products, and eggs.” 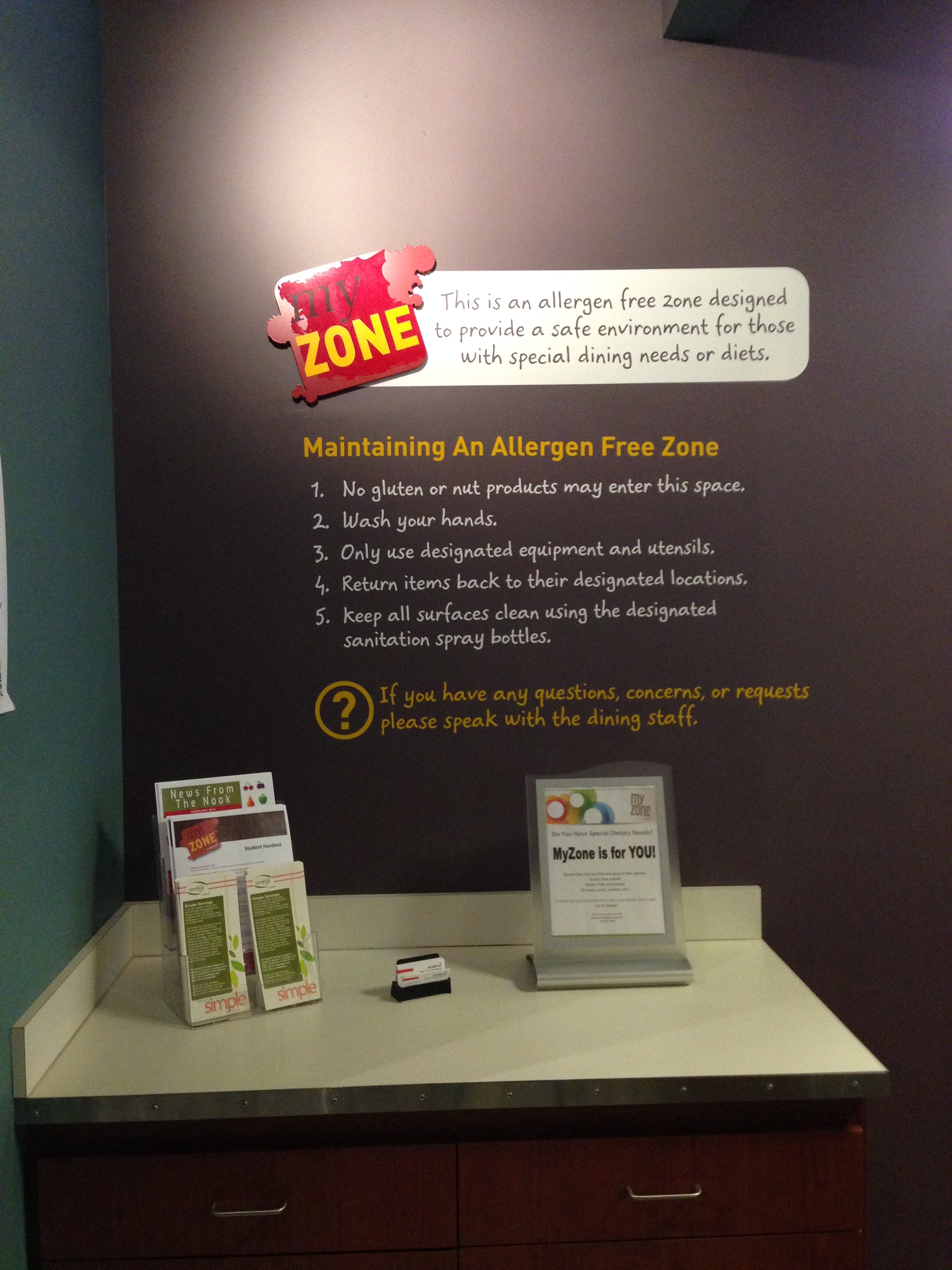 Newmark said that Simple Servings provides a place for students with food allergies to eat a hot option, opposed to just eating from My Zone.
These changes are due in large part to the recent hiring of Kerry Cameron, the campus dietician, who joined Sodexo in August 2013.

Newmark said Cameron has organized focus groups at least once a semester to get feedback on the alternative options, as well as Sodexo’s allergen-free services. “Kerry even goes into dorms a couple of times a semester to talk with students. We try to keep an open flow of communication with students, based on their allergy needs and requests,” he said.

Megan Ackerman, a first-year student with a gluten intolerance, has also noticed the changes in Sodexo. “I think they’ve done a good job from even the beginning of the year. They’ve set more standards in place to be better at gluten free. I know Merrimack is better for gluten free options. Many schools do not even have gluten free menus available for students.”

Cameron meets with students on a daily basis who have concerns or questions about food options on campus. “I give tours of Sparky’s and work one-on-one with students to make sure they have food to eat, regardless of dietary restrictions.” Cameron said chefs in Sparky’s will prepare individualized meals if there are requests made ahead of time.

Since she has arrived on campus, Cameron has worked with students and Newmark to add more Amy’s products, an organic company that offers foods such as macaroni and cheese and chicken pot pie.

There have been many new changes, but they have stirred up mixed reviews. One issue has been cross-contamination. Campbell said, “I have had some issues with staff members not understanding what gluten is, or what foods it is in, however Kerry is working on teaching the staff more about allergies, and what foods are OK to eat.”

Newmark said Sodexo has been putting an emphasis on training with back-of-house staff on cross-contamination and using separate utensils, all influenced by Cameron.

Even Ackerman has noted Cameron’s success. “Kerry’s really good at what she does. She really cares for the gluten-free kids. I’ve talked to people who were here last year and they’ve noticed that there’s been a lot done.”