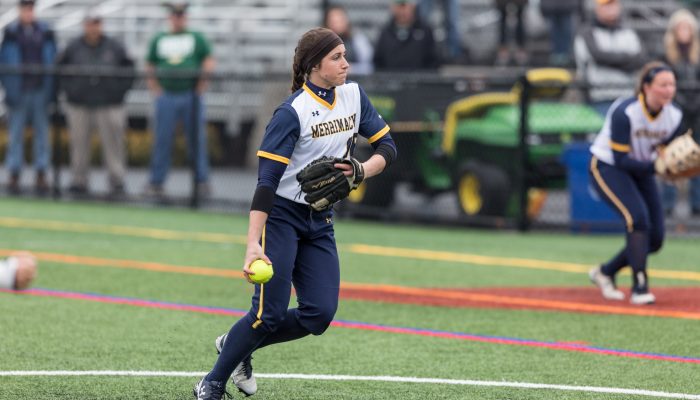 The Merrimack softball team swept the rug out from the University of Hartford Hawks in a double header on Saturday, March 5. They won the first game 4-2 and the second game 4-3.

In the first game, the first year players led the charge. Sofia Palyan had her first career hit and RBI. Ellen Hubbard slapped a two-RBI double. Jenna Wike then brought in Hubbard to conclude the Warrior’s scoring for the contest.

In the second game, Madison Cerpa started off the scoring for Merrimack with an RBI single. Sydney Shimkus reached on an error bringing in Jenna Bradish. Madie Fornwalt pitched in relief, retiring three straight Hawks. Wike had the go-ahead RBI, bringing in Courtney Lanpher who previously doubled.

The Warriors are 2-0 going into their spring series down in Madeira Beach, Florida. They will play Niagara twice, followed by Holy Cross, Siena, and Lafayette. Follow along on Flo Softball.